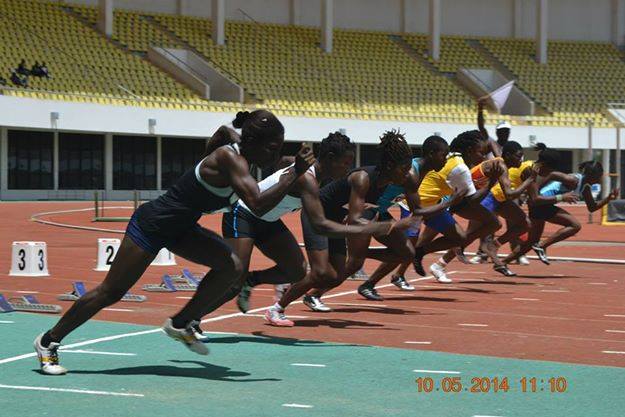 A Former USA National Track and Field Team Head coach Dean Hayes has said that although Team Ghana has a bright future ahead as demonstrated by recent progress, medals will be hard to come by in the upcoming Commonwealth Games in Glasgow.

Ghana’s Athletics Team won two medals overall in 2010, with the women’s 4x100m relay team winning silver, while the then national long jumper Ignisious Gaisah added a bronze medal to the tally. Prior to that, the country had averaged about 1.4 medals per competition since in 1974.

Ghanaian athletes have impressed both home and abroad this year. Willy College student and national javelin champion John Ampomah set a new PB 74.42m and a new national record earlier in the year, while Sprint Queen Janet Amponsah also lowered her PB in the 100m and 200m to 11.36 and 23.05 respectively, and breaking the national 200m indoor record in the process.

The most notable records locally have come in the persons of Vivian Mills, Martha Bissah, Solomon Afful, John O’Brien and Shawkia Iddrisu.

Hayes, a former USA national track and field team head coach, who has had extensive experience training several Ghanaian athletes as far back as 1974, says it will be unrealistic to expect too much from the young athletes.

“If you win a lot of medals in this competition, I probably will be surprised,” he said adding that, “I wouldn’t expect too much because the team is very young. It’s the first time you have had one of these camps.”

“It is a stepping stone and it is the basic level and that is what you want.  They are the athletes for the future. Plus, they will make people to be encouraged about what the programme can do in the future even beyond this group.”

Team Ghana will be up against a quality field of competitors from the Caribbean, European, African and Asian continents during the eleven day competition and Coach Hayes feels the Games will another step forward for the progress of the athletes.

“You have a lot of athletes involved in the Commonwealth Games. It’s like a mini Olympic Games. There will be some very good athletes here. To expect a lot of medals is