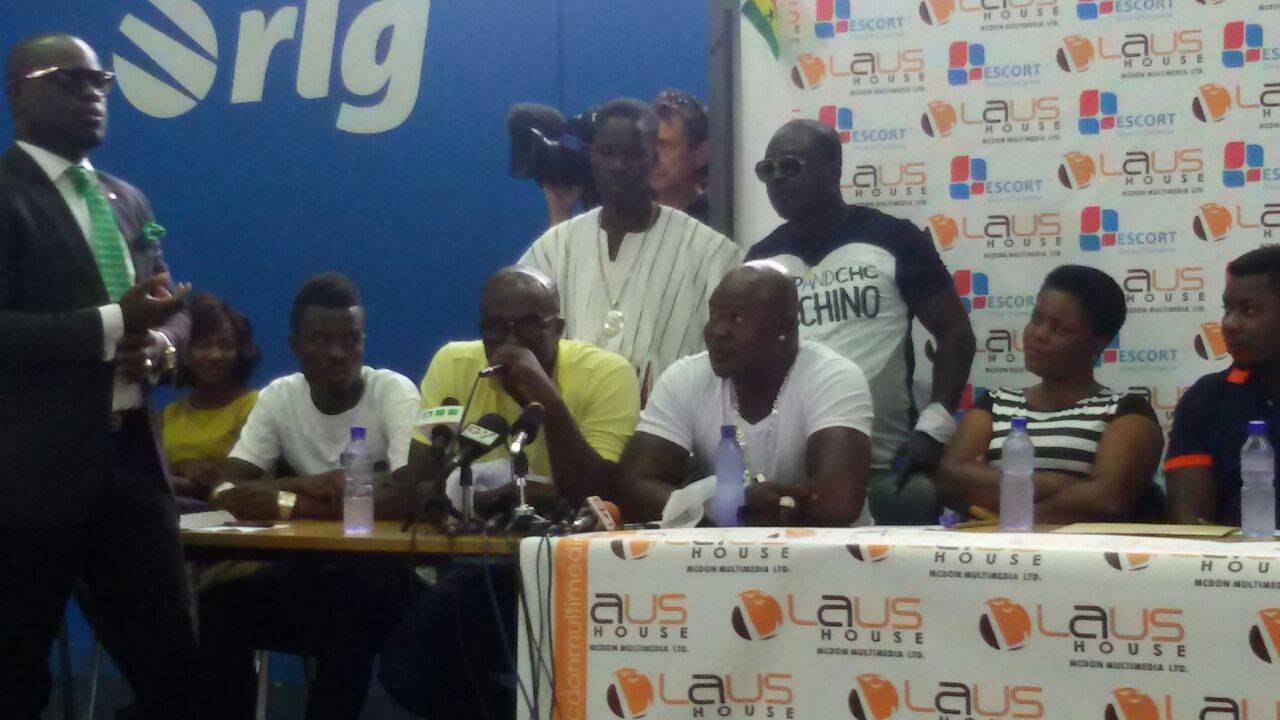 The manager of undefeated boxer, Braimah Kamoko has furiously reacted to reports that their scheduled October 3 fight against John Napari is set to be postponed due to a medical failure by the army officer.

Ghana Boxing Authority (GBA) medical doctor, Samuel Armah Acquaye has apparently told Napari to stay away from boxing for sometime to work on his fitness.

“During the examination, I found out that he [Napari] is unfit to fight so I ruled him out. He came to me and I advised him that he can’t fight not only in this fight. He can’t fight for some time now unless he has cured himself,” Dr. Armah Acquaye reportedly told a radio station in Accra.

Bukom Banku and Sports Minister, Ayariga when they met recently

But Kotei Neequaye, Bukom Banku’s manager has rubbished the claim and is accusing the hierarchy of Ghana boxing administration of a conspiracy to make Kamoko fight another boxer instead of Napari,

“As manager of Bukom Banku, I can tell you that we have received no letter about postponement, I have not been given any official letter from McDon Promotions. We have signed for a fight of GH¢30,000 and we are preparing towards it,” Kotei Neequaye toldAllsports.com.gh.

“What I’m hearing is that Napari has Hepatitis C and that cannot necessitate postponement of a fight, there are over 50% of Ghanaian boxers who have Hepatitis C. It’s Hepatitis B that is serious,” Banku’s manager explained.

“The GBA are in charge of all the boxers in this country and should have checked the background of the two boxers medically and physically before sanctioning the fight. If we didn’t get approval, we couldn’t have gone ahead to do a press conference to announce the fight,” Mr. Neequaye continued angrily.

Bukom Banku’s manager went ahead to accuse the sport’s governing body in this country of a plot to upstage the bout and is urging the McDon Promotions to take legal action.

“The GBA have an interest so they want somebody else to fight Bukom Banku. They know Banku is the most popular guy in the game so they want their boxer to fight Banku to gain popularity,” he alleged.

Kotei Neequaye continued: “If I am the promoter, I will take the GBA to court, they have spent a lot of money on this promotion. We have been issued with GH¢6,000 each to prepare for the fight so who will pay for the loss. They gave us the go-ahead for the fight and we paid the sanction fee and issued with receipt.

“The GBA must be up and doing because if we continue like this, we will discourage people interested in investing in boxing.