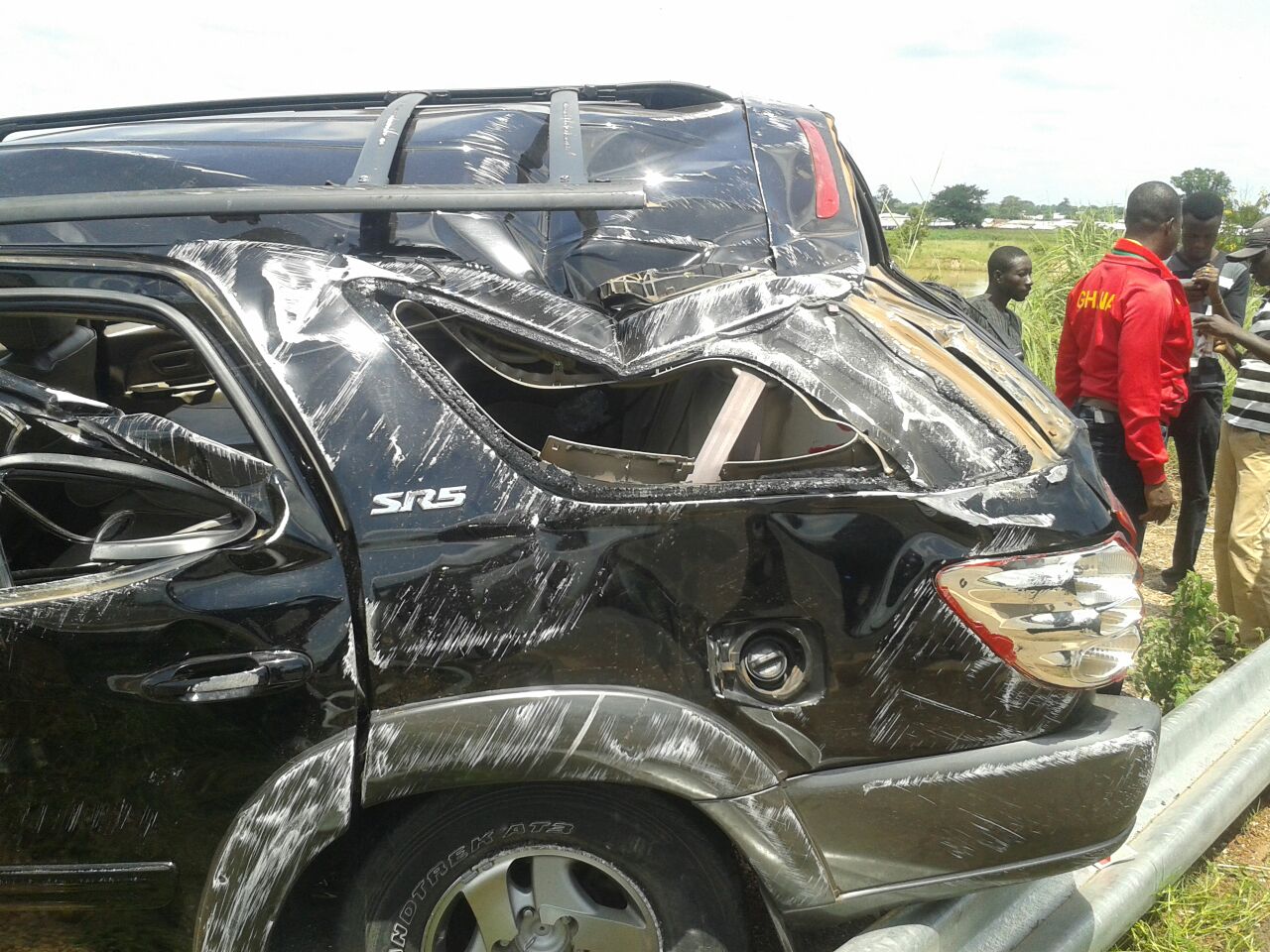 A group of Black Stars fans travelling from Accra to Tamale for the Ghana versus Guinea Africa Cup of Nations qualifier later this afternoon were involved in a tragic accident, with at least three reportedly sustaining serious injuries.

An eye-witness to the tragedy which occurred at Yaper which is the mouth of the Volta River, near Tamale revealed that the injured were rushed to the Tamale Government Hospital for treatment.

According to the eye-witness, the V-8 Land Cruiser with registration number AW 9759 W on which the supporters were travelling, sped off the road and somersaulted three times before landing on the left side of the road.

Photos of the vehicle say it all about the extent of damage effected by the accident but Allsports.com.gh checks have revealed that no incident of death has been reported.

Tamale is hosting a competitive game involving the national team for the first time ever and fans have not been left out as they keep trooping to the Northern Region capital ahead of kickoff at 4pm this afternoon.

The Black Stars take on Guinea’s Syli Nationale in a crucial 2015 Africa Cup of Nations match day 4 fixture as the race to make Morocco come January gets ever keener.