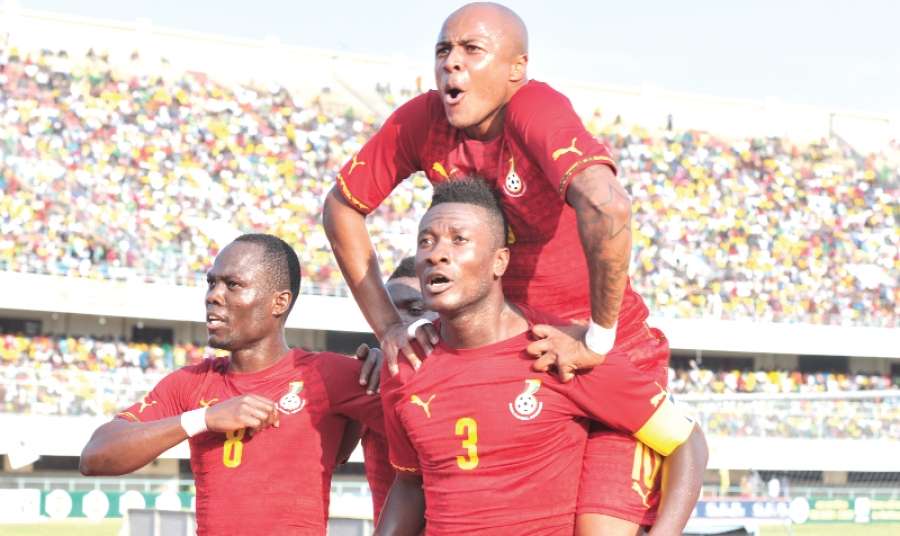 Ghana is down two places from last month on the latest FIFA / Coca Cola rankings released on Thursday.

The Black Stars are ranked 35th in the world contrary to the 33rd they occupied in September despite taking four points from a possible six in the two 2015 Africa Cup of Nations qualifiers against Guinea last week.

The national team have also fallen one place from 4th to 5th on the African continent following the surprise rise of Cape Verde who moved 8 places up to 33rd in the world after joining Algeria as the only two countries to have already qualified for Morocco 2015.

Algeria remain Africa’s highest ranked team but have now risen to their best ever position of 15th in the world, up 5 places from the number 20 they occupied last month.

Ghana beat Guinea 3-1 in Tamale after a 1-1 draw against the same opponents in Casablanca, Morocco in Morocco 2015 Group E qualification in October.

The Black Stars had moved up three places in last month’s ratings but have quickly fallen down again.

Germany retain top spot in the world despite gaining just one point from two Euro 2016 qualifiers against Poland and Ireland in October.

Argentina and Colombia also remain second and third respectively but the Netherlands have been leapfrogged into 4th spot by Belgium who reach their highest ever ranking with the Netherlands dropping to 5th.