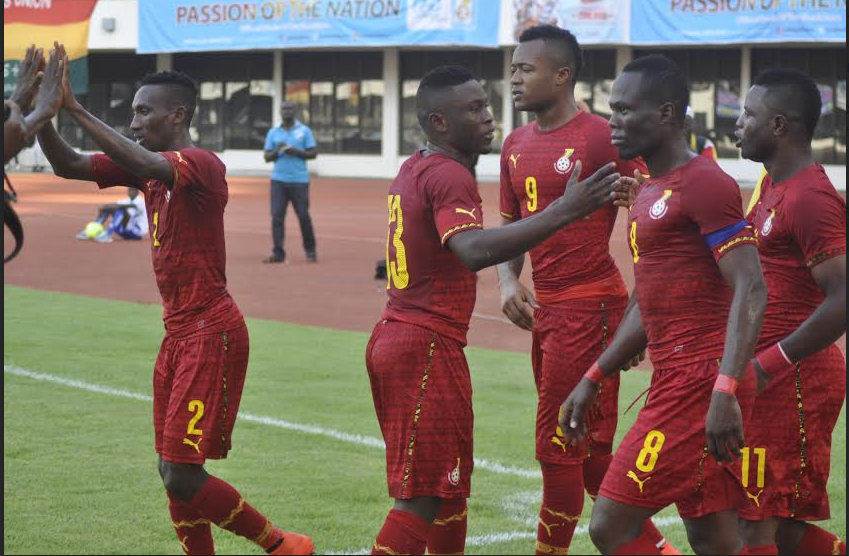 Ghana have sealed qualification to the 2015 Africa Cup of Nations to be staged in Equatorial Guinea in January.The Black Stars booked their place after defeating neighbors Togo 3-1 in the final qualifying match played at the Tamale Stadium on Wednesday. Goals from Majeed Waris, Mubarak Wakaso and Agyemang Badu handed the Black Stars their second straight victory in Tamale.Ghana finished on top of Group E with 11 points from six matches.Striker Waris got the opener for Ghana in the 24th minute before Wakaso doubled the lead with an absolute stunner four minutes later.Floyd Ayite however pulled one back few minutes after the second half kicked off but stand-in skipper Agyemang Badu’s 69th minute goal increased the tally for Black Stars.Ghana and Guinea have now secured qualification from Group E after the Syli national beat Uganda 2-0 in Morocco.