Ghana's Fastest Human gets on the marks on Saturday 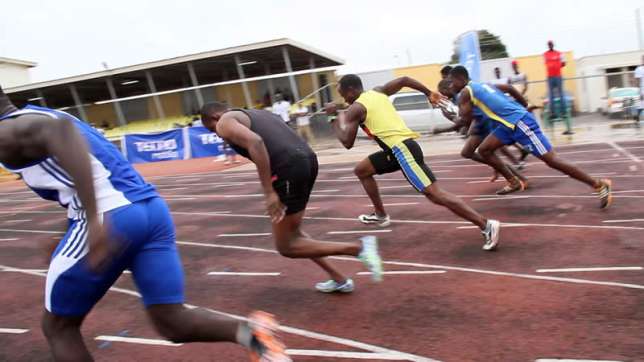 By the end of this week a new future will be heralded when the final of the second edition of the Ghana’s Fastest Human Under 18 is held at the El Wak Stadium as the 10 regions present their fastest boys and girls to compete.

The event is the second after the victory of Beatrice Gyaman and Emmanuel Dassor last year but event originator, Reks Brobbey has shifted focus to the schools contest as part of a seven year agenda towards the Olympic Games in Tokyo in 2020.

Traditional powerhouses Greater Accra,Ashanti and Central will be favourites to sweep the races but Brong Ahafo and Eastern have also come into their own in recent times.

The Central region has lost a host of it’s top athletes to the Ashanti region especially in the girls race with the top three girls from their secondary school meets racing for the Ashanti region namely Felicia Frimpong,Jennifer Ntiamoah and Happy Abruya all of Wesley Girls High School.

In the boys division Ashanti will also rely on the current rise of Kumasi Academy whose Emmanuel Yeboah will be keen to catch the eye as will Sylverster Gyamfi of Opoku Ware School.

The eastern region have their hopes pined on the Koforidua Secondary Technical duo of Thomas Offoe and Mark Danso while Mark odei from Pope John School is also a dark horse.