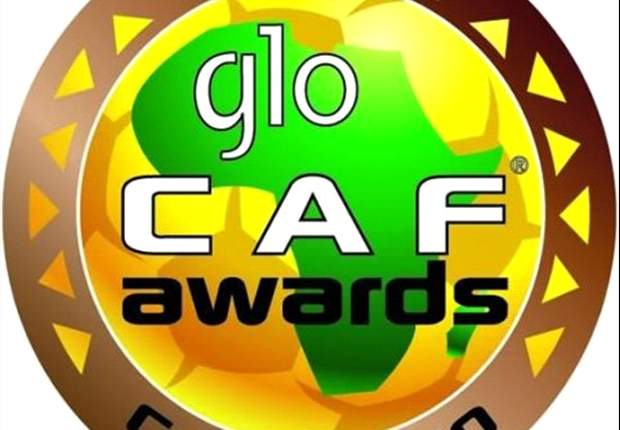 The players were shortlisted from Twenty-five players who were earlier nominated for the African Player of the Year, and 20 players who made the list for the Player of the Year (Based in Africa) category.
Apart from Gyan, others who made the Top 5 shortlist include Nigeria’s Super Eagles’ Captain, Vincent Enyeama who plays for Lille in France alongside his national team mate, Ahmed Musa of  CSKA Moscow. The remaining two players listed are Gabonese Pierre-Emerick Aubameyang currently playing for Borussia Dortmund in Germany and the reigning African Footballer of the Year and Manchester City Midfielder, Yaya Toure from Cote d’Ivoire.
In the African Player of the Year (Based in Africa) category, the five shortlisted players are the duo of Akram Djahnit  and El Hedi Belamieri of Algeria and ES Setif, Firmin Mubel Ndombe of  Congo and As Vita, Fakhereddine Ben Youssef of Tunisia and CS Sfaxien and late Senso Meyiwa of South Africa and Orlando Pirates.

Also released is the list of nominees for other categories of the Awards and they include: Annette Ngo Ndom of Cameroon, Asisat Oshoala of Nigeria and Rivers Angels, Desire Oparanozie of Nigeria and Guingamp, Portia Modise of Banyana Banayana, South Africa and Zenatha Coleman of Namibia for Woman Player of the Year while the Youth Player of the Year has Asisat Oshoala and Uchechi Sunday from Nigeria, Fabrice Ondoa of Cameroon  and Kader Bidimbou of Congo Brazaville as nominees.

For Most promising Talent Award, the shortlisted players are: Clinton N’jie of Cameroon qnd Olympic Lyon, Mubele Ndombe of Congo DR and AS VIta, Vincent Aboubakar of Cameroon and Fc Porto and Yacini Brahimi of Algeria and also FC Porto while Florent Mbenge, Kherireddine Madoui of Algeria, Rigo Gervais of Cote D’Ivoire, Stephen Keshi of Nigeria and Vahid Halilhdzich of Bosnia and Algeria National Team were nominated for Coach of the Year.
Other Nominees are the trio of Nigeria, Algeria and Libya listed for National team of the Year, Cameroon, Cote D’Ivoire, Nigeria and Nigeria U-20 for Women’s National team of the Year and Club of the Year with Al-Ahly of Egypt, As Vita of Congo, Es-Setif of Algeria and Sewe Sports of  Cote D’Ivoire as nominees.

The rest are CAF Fair Play Award, African Legend Award (to be decided between Team of Oryx that won the maiden edition of African Champions League  or Team of Stade Malien that were runners up of the first edition), Referee of the Year, Platinum Award to be presented to Nigerian President, Dr Goodluck Jonathan and late Dr. Kwame Nkrumah, Former President of Ghana.

Also Listed among the Awards are Football Manager of the Year, Africa’s Finest Eleven, Goal of the Year and Save of the Year.

The winners will be decided by votes from the Head Coaches and Technical Directors of the National Associations affiliated to CAF.