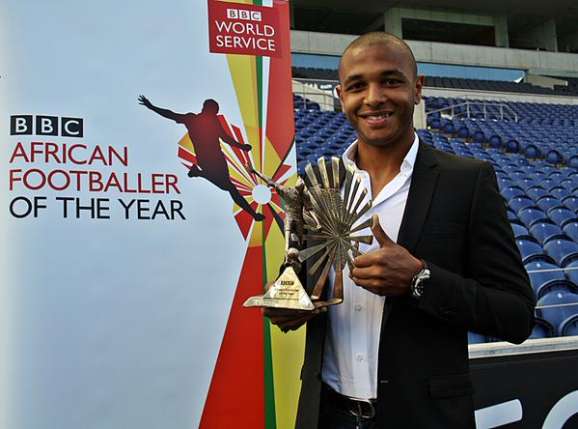 Yacine Brahimi has been voted the BBC African Footballer of the Year 2014.

The 24-year-old midfielder becomes the first Algerian to win the award, which is decided by football fans.

Porto winger Brahimi told BBC Sport: “It’s a big honour for me to receive this wonderful trophy. I owe it to my country, Algeria, and to all the people who voted for me.

“It’s also a trophy for the whole of Africa, because it rewards an African player. So I am really very happy.”

After a record number of votes were submitted from fans in 207 Fifa-registered countries, Brahimi came out on top ahead of Nigerian Vincent Enyeama, Gabonese Pierre-Emerick Aubameyang and Ivorian pair Gervinho and Yaya Toure.

And he is thrilled to have been acclaimed as the best player on the continent for the past year.

“This trophy is going to give me more strength, more desire to work, to get better, to learn so that I can keep having great performances,” Brahimi added.

During 2014, Brahimi has shone for both club and country.