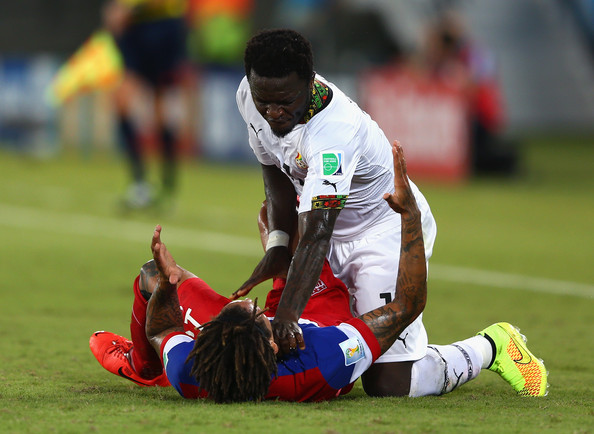 AC Milan midfielder Sulley Muntari has declined the chance to tell his side of the story regarding his alleged assault on Black Stars Management Committee member, Moses Armah.

The Black Stars man was dismissed from the team camp in Brazil after it was alleged that he assaulted Armah.

There have been several attempts by the Presidential Commission of Inquiry to get the ex-Portsmouth midfielder to make himself available via Skype to enable them hear from him[Muntari], issues relating to the fight between him and Moses Armah in Brazil.

But Muntari has reportedly told the Commission of Inquiry the has no idea of how to  use Skype and that none of his electronic gadgets has the application.

The Commission had earlier Skyped with his AC Milan colleague Michael Essien, but consistent efforts to do the same with Muntari had proved futile.

The Presidential Commission of Inquiry set up by President John Mahama to investigate the Black Stars’ chaotic FIFA World Cup campaign in Brazil.