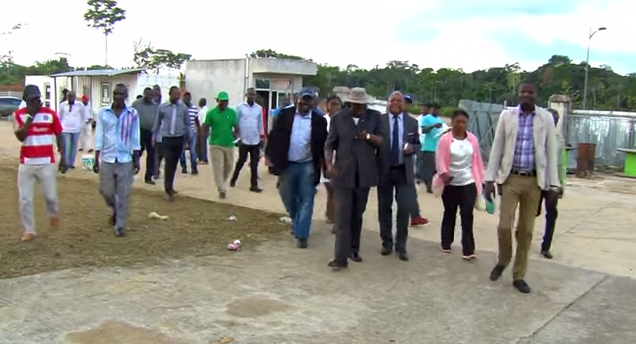 With just about a month to go before Ghana’s first AFCON fixture against Senegal in Mongomo,it appears the pitch at the stadium is far from ready.

A video of a government delegation’s visit to the 10,000 capacity stadium shows that though seating and general infrastructure is in good condition,the pitch itself is far from.

There are several patches on the pitch that will be used rigorously during match days with two games per day. Some of the tournament’s most anticipated group games including Ghana vs Algeria and Algeria vs Senegal will take place in Mongomo during the month long championship.

Although officials are confident the stadium will be ready by the time of the venue’s first match on January 19 with a new pitch expected to be imported from Spain,it looks like only a monumental job of groundsmanship can rescue this surface.