Equatorial Guinea assure they will be ready to host AFCON 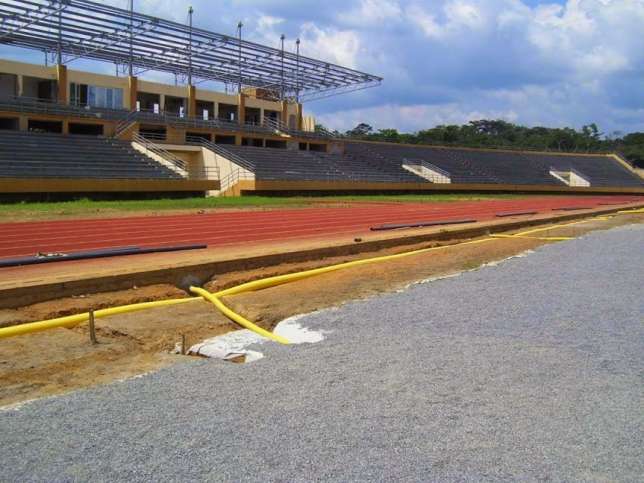 New stadium under construction for AFCON

New stadium under construction for AFCON

The government of Equatorial Guinea has reassured anxious football fans that the country will be ready in time to host January’s AFCON.

The  oil rich country  took over hosting rights after Morocco’s request for a postponement was rejected by CAF and the co -hosts from 2012 are racing against time.

In an interview with the BBC during a visit to Mongomo,the president of national government projects,Francesca Obiang admitted taking up the hosting of at the continental showpiece was a risk considering the short time frame.

“Time is a big challenge but the good thing is that it is not new to us to work against time. We have done that when we built Sipopo and we have built that in two years.

“It Is extremely difficult because normally people prepare for two years because at the same time they decide they want to host it for this we are doing it to save the reputation of Africa more than anything so we have to take all the risks and all the responsibilities even though we did not ask for it.”

“No single country an afford something like this because it is very hard and it is very expensive and we are talking about time that we do not have so it is very stressful but we will make it.”

After Allsports.com.gh’s report about the poor state of the pitch in Mongomo,it has emerged that a new pitch has been imported from Spain and will be laid next week.

With fears also in existence over general infrastructure including accommodation for the large groups of fans,journalists and other personnel in Mongomo and Ebebiyin, Equatorial Guinea’s task appears a hard one.