Muntari's dad to GFA: 'Allow Grant to invite my son' 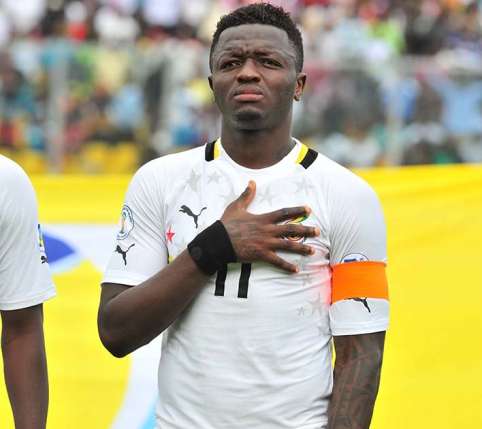 His comments come on the back of fears that the FA will influence and perhaps dictate to new coach, Avram Grant not to invite his son for national assignment.

The AC Milan midfielder was involved in a brawl with Mr. Moses Armah, a member of
the Black Stars management committee, during the World Cup 2014 in Brazil over the delay of their [players] appearance fee.

There are rumors that the appointment of Grant, will likely see the return of the former Udinese man to the national team.

And his father says the GFA should allow Avram Grant to invite his son.

“The [comments] by Saani Daara [ GFA spokesperson] that unless the boys apologise they can’t be called back to the team means they’ve started dictating to the coach. The coach knows what to do,” He told Joy Fm.

“I was made to understand that he’s going to Europe to monitor his players, if he gets to Europe, he is likely to visit the (suspended) players, sit down with them and listen to their side of the story,’’ Muntari’s dad noted.

But you can’t say he shouldn’t invite certain players. The Ghana Football Association should not give him [ Avram Grant] conditions. Giving him conditions means you are dictating to the coach to select players you want called to the team.”

Alhaji Muniru also said he has already apologized to Ghanaians on behalf of his son; thus he should be forgiven.