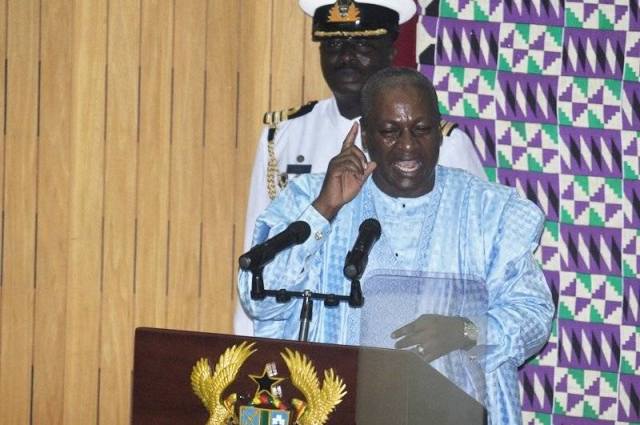 President of the Republic of Ghana, John Dramani Mahama has admitted that airlifting $3 million to Brazil to settle appearance fees of agitating Black Stars players dented the image of the country.

“It didn’t do us any good service,” Mahama told Aljazeera.

“Ghana is a very well respected footballing country, we have a very good team and we’ve
had very good football administrators, but I think that this [airlifting of money], didn’t do us any good service. We need to look at the experiences that occurred in Brazil and take lessons from them going forward so that it never happens again,” President Mahama conceded.

The Black Stars threatened to boycott their last group game of the World Cup against Portugal if their monies [appearance fee] were not paid.

The government of Ghana swiftly flew the money [$ 3 million] to Brazil to pay the appearance fees of the players. But President Mahama months on says the decision marred Ghana’s image.

The act of the Ghanaian government led to several criticisms from around the world, hence the President [Mahama] setting up a commission to investigate the debacle.

The development caught the attention of the world, already a Hollywood movie director is adapting on screen, what has been described as an “embarrassing” moment for Ghana.

Commenting on the movie, the President said although he doubts he will be portrayed in the movie, he would not mind if American movie star Denzel Washington, played the presidential character.