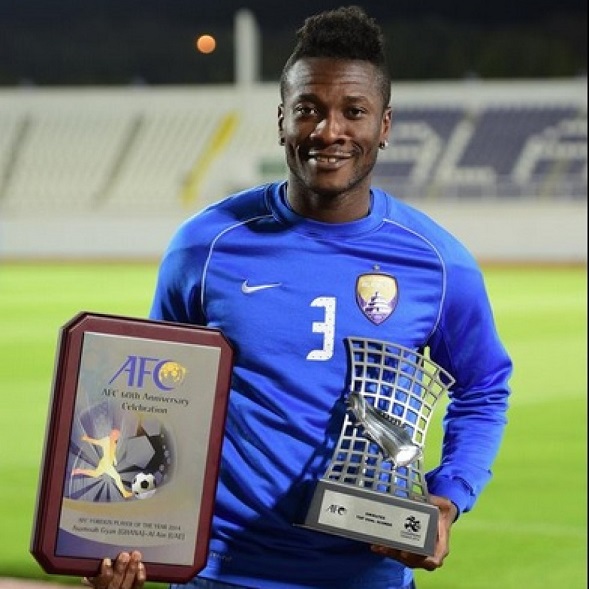 Ghana striker Asamoah Gyan has received his award as the Best Foreign Player in Asia for the year 2014.

The Black Stars captain was presented with his award before Saturday’s training session with his UAE club Al Ain.

Coach of Al Ain Zlatko Dalic with his backroom staff and the rest of the players gathered to celebrate with their lethal striker before the morning’s workout.