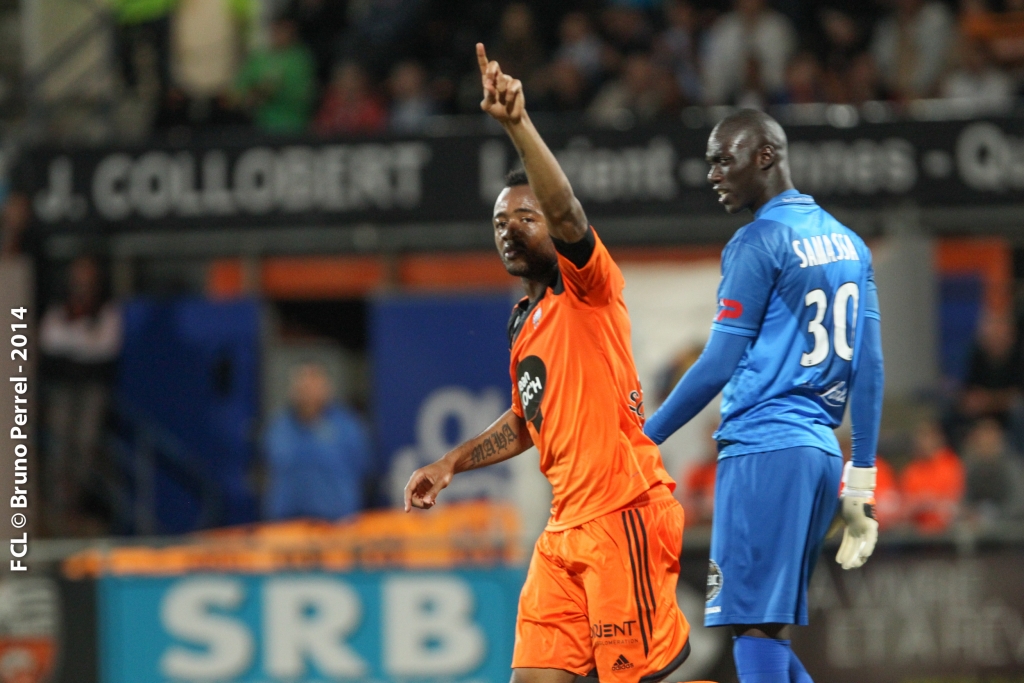 Ghana forward Jordan Ayew continued his good form for Lorient on Saturday as he found the back of the net once again.

The 23-year old got his side’s only goal of the game in their 1-2 loss at home against Nantes.

His goal, which came in the 72nd minute was the equaliser, with the hime side looking to clinch a second to secure all three points.

Jordan received a pass from Gassama and slotted the ball home with a perfectly placed finish.

It was however not to be, as Nantes got yet another goal seven minutes later to steal the victory.

Jordan’s goal takes his tally for the season to 6 goals in 16 games.