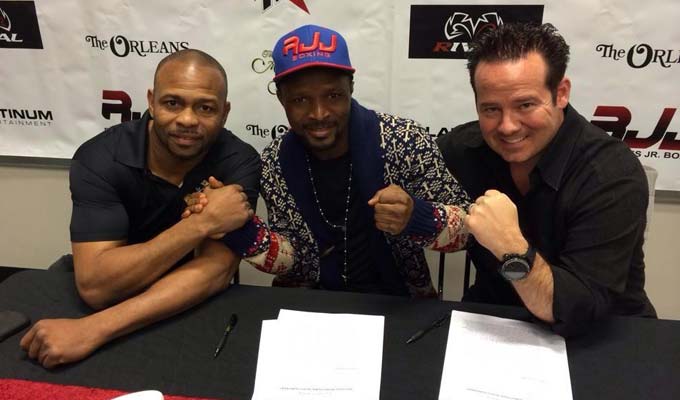 “Joseph is a great addition to the RJJ Boxing family,” Veltre said of the signing, “he is already TV worthy and possess the talent to regain a world title.”

Accordingly, the 3-year deal includes two fights in the United States and one fight in Ghana with Agbeko already scheduled to fight for the IBF Intercontinental title against Filipino, Marlon Tapales in March in Accra.

“We have big plans for him in America and in Ghana,” Veltre added. “We plan to hold one fight a year in Ghana (for Agbeko).”

Agbeko first emerged on the scene back in 2007 when he battered IBF bantamweight champion Luis Perez over seven rounds to win the belt. He defended the belt against William Gonzalez the following year before scoring the most impressive win of his career in 2009: a decision victory over Vic Darchinyan in Florida.

Although Agbeko dropped the IBF belt to Yonnhy Perez later that year by decision, he quickly bounced back with an impressive win over Perez in 2010 to regain the title.

His next fight, a close majority decision loss to Abner Mares, remained one of the most controversial fights of the decade. After referee Russell Mora mistakenly called a knockdown after a Mares low blow sent Agbeko to the canvas, Agbeko found himself on the losing end of a razor thin decision.

Agbeko has been inactive since dropping a decision to WBO junior featherweight champion Guillermo Rigondeaux in 2013. However, he is expected to move back into the top ten with an impressive win in Ghana.