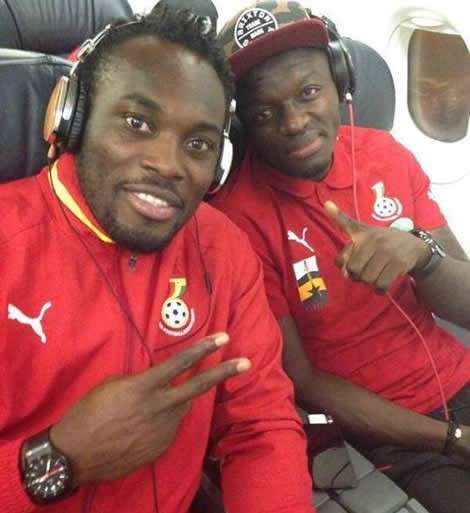 Ex-Ghana coach, Kwesi Appiah, believes that Ghana need Sulley Muntari and Michael Essien back if they want to succeed in the 2015 Orange AFCON finals.

Muntari was slapped with indefinite ban from the Black Stars for engaging in various acts of indiscipline at the World Cup staged in Brazil. He struck a member of the Ghana management committee after a row over money in Brazil

Essien on the other hand is facing a lesser probe for his failure to warm up in Ghana’s final World Cup game against Portugal and is yet to be hit with any sanction.

However, the former Black Stars gaffer thinks now is the time to call them back as they still have many things to offer to the Black Stars.

“They are good players and I think they still have a lot of football in them,”Appiah told Joy FM.

“They are my friends but I don’t want them to return not only because they my friends but they are AC Milan players and they are playing very well so personally I think we need them back in the Black Stars.”