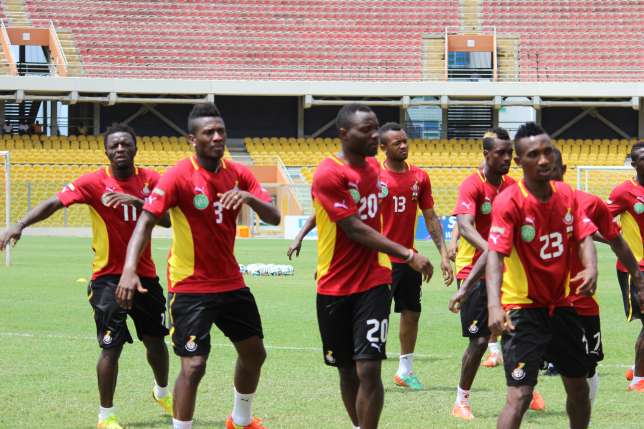 The Black Stars of Ghana will begin their preparations towards annexing a fifth AFCON title when they commence a non residential camp at the Accra Sports stadium.

Head coach Avram Grant will conduct his first training session with the team that will include only players in the country on Christmas holidays before the entire contingent will meet up in Spain.

Grant has augmented his technical team with the appointment of ex Jamaica star Jamie Lawrence as the physical trainer of the team as he looks to build a team capable of challenging for the title.

Although he named 31,Management Committee chairman of the Black Stars,George Afriyie says only 26 will make the trip to Spain.

The Black Stars will hold their training sessions until their departure for Spain on January 3,2015.