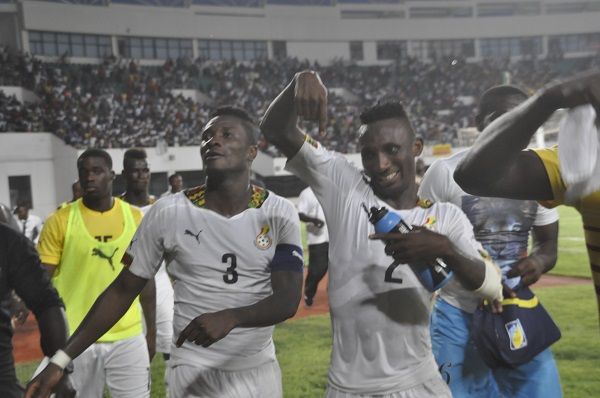 Black Stars skipper, Asamoah Gyan, concedes the team has defensive issues which must be resolved before the 2015 AFCON in Equatorial Guinea.

Reacting to a concern raised by a former defender of the Stars, Frimpong Manso, that the defence could be the nemesis of the team in Equatorial Guinea, in an interview on GTV Sports last Monday, Gyan said he shared the concerns of his senior who had a vast experience in the game.

“He might have seen something about defence that needs to be tackled, so we have to accept it in good faith.

“We need to respect that and start working towards it.” he noted.

Gyan also admitted that the Stars were in a tough group for the 2015 AFCON, insisting that South Africa, one of the contenders in the group were now in top shape and would pose a real threat to the Ghanaians.

He also acknowledged the pedigree of Senegal, who are also in the group, saying their team had now improved tremendously and doing so well in continental competitions.

He said considering the good performance of Algeria at the last World Cup in Brazil they would certainly come as one of the favourites in the competition, just like Ghana.

“ Everybody knows what Ghana can do because we have quality players, so our group is a group of death indeed,” he stressed.

He urged his teammates to stay focused throughout the group matches to ensure qualification from the group.