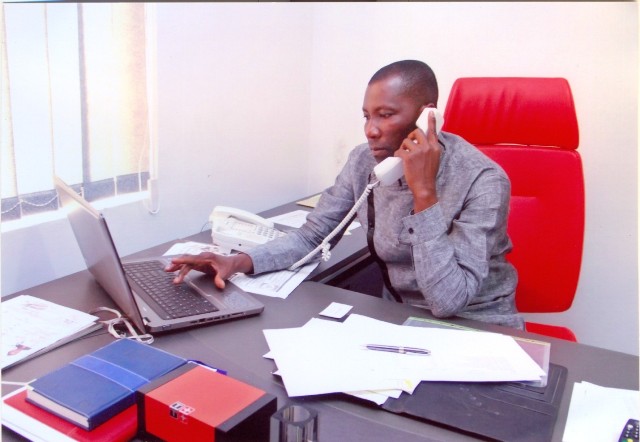 President and CEO of Kenpong Group of Companies, Kennedy ‘Cappuccino’ Agyapong has presented a bull each to Asante Kotoko, the media and some supporters Groups.

The businessman after handing over the live animals said “This is just a token to the club and my friends in the media and the supporters. Christmas is about sharing, I believe in sharing what God has blessed me with.

“This year has been successful, but I decided to share the little I have with my club and the media, who have been very supportive.

“Last year, we threw a mega party for our clients and friends, but I decided to operate on a low key this time around and there is no better way of marking the year than sharing with people,” he added.

Asante Kotoko CEO, Opoku Nti, who received the bull on behalf of the club, said “We thank him very much, this is more than a Christmas parcel for the team.

“…we hope others will follow Kenpong’s shining example as we prepare for Africa. Kenpong has always been there for the club; supported in several ways, God richly bless him.

“Our doors are opened to those who also want to bless the team as we prepare for Africa; Kenpong’s donation has urged us on. It speaks volumes and indicates that somebody thinks of the club highly,” said Mr Nti.

Meanwhile, the former Asante Kotoko Board Member said his outfit (Kenpong Travel and Tours) has rolled out attractive package for prospective fans for the 2015 African Cup of Nations (AFCON) showpiece.