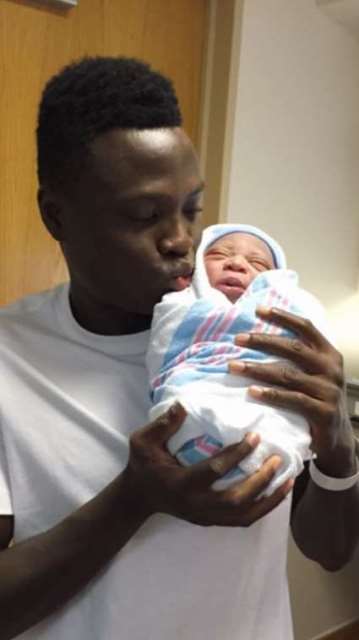 There is more good news for Houston Dynamo defender Samuel Inkoom following his return to the Black Stars squad.

Allsports can  reveal that right back is the proud father of a baby boy born to his wife, Omega Inkoom.

Inkoom, 24, unveiled the bouncy baby boy named Samlan Sonny Inkoom on Tuesday and is beaming with confidence ahead of the upcoming Afcon.

Inkoom has already his delight and gratitude to new Black Stars coach, Avram Grant for handing him a return to the national team.