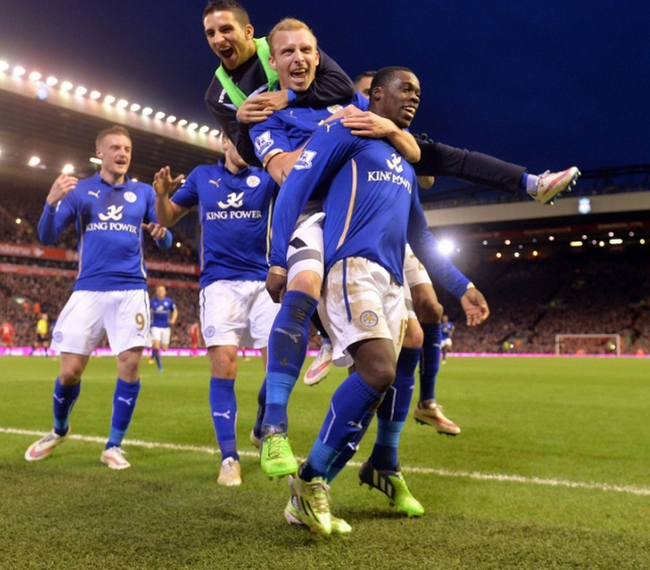 Ghana defender, Jeffrey Schlupp earned a point for his Leicester City side in their 2-2 draw at Liverpool on New Year’s Day.Schlupp drew Leicester level on the hour mark at Anfield as he played his last league match before heading to the Africa Cup of Nations.The 22-year-old rifled a low grounder past Liverpool goalkeeper Simon Mignolet from the edge of the box.Schlupp has now registered three Premier League goals this season in 18 appearances.Steven Gerrard gave Liverpool a 2-0 lead before the half-time whistle by converting spot-kicks, but David Nugent pulled one back for the visitors.