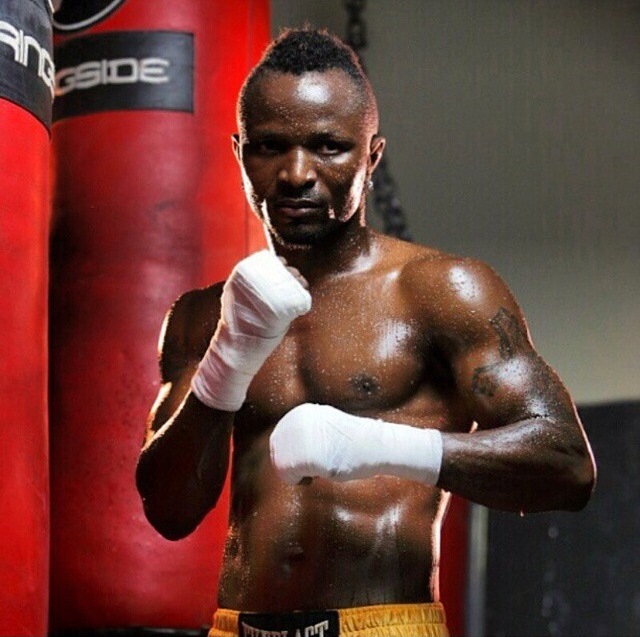 Agbeko who previously twice held the IBF Bantamweight belt has not fought since losing a comeback at Super bantamweight against undefeated world champion, Guillermo Rigondeaux in December of 2013.

But King Kong received a huge boost recently when Roy Jones Jr. Boxing CEO, Keith Veltre announced the signing of of the Ghanaian hitman to a three-year deal which includes two fights in the United States and one fight in Ghana every year.

It’s a news that has got Agbeko buzzing with renewed confidence as he maintains the dream of being crowned a world boxing champion again.

“He’s excited about the deal. Looking forward to working with Roy Jones Jnr and tapping on his experiences. Joseph wants to be very active and this contract takes care of that so he’s excited,” Agbeko’s local publicist, Ebenezer Noye told Allsports.com.ghexclusively.

“In the next three years, he wants to dominate the super bantamweight division. His target is to possibly unify titles in his division but he must first capture a title within the division after one or two warm-up bouts,” Mr. Noye added.

Also CEO of Agbeko’s own Fresh King Entertainment boxing promotions syndicate which is billed to co-stage the boxer’s next fight tentatively against Filipino, Marlon Tapales in Accra in March, Ebenezer Noye says no deal for the March 15 date has yet been finalised though.

“We haven’t yet announced a bout for Joseph in Ghana. If anything, we’ll formally outdoor when we complete formalities,” he said.