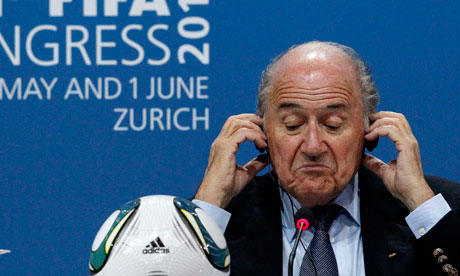 FIFA has moved quickly to spell out how much in one-off financial contributions each if its 209 member associations will next year be entitled to, and the answer is $1.05 million. Adding in a first $250,000 bonus already made available, it means that each association will be eligible for $1.3 million of one-off payments over the 18 months from June this year. The overall bill for this comes to $271.7 million.

In a letter to FIFA members, Jérôme Valcke, secretary general, confirmed that FIFA members would receive an “additional bonus” of $500,000, “in connection with the final financial results of the 2014 FIFA World Cup Brazil”. This would be in addition to a $300,000 payment to those participating in 2018 World Cup qualifiers which was first alluded to following last week’s FIFA Executive Committee meeting in Marrakech.

The scale of the payments, at a time when past accounts have suggested the governing body may be poised to swing into deficit, promises to make FIFA’s 2014 and 2015 annual reports particularly interesting reading.

According to a detailed budget for 2014 (included, somewhat confusingly in the 2012 financial report) budgeted revenue for the year was put at $1.08 billion and investments at $1.41 billion. Based on what happened in the first three years of the World Cup cycle, both figures in actuality will almost certainly be higher. Yet the budgeted deficit, based on those numbers, comes out at $330 million, and that presumably was before allowance was made for bonus payments.

With reserves of some $1.4 billion, the organisation has the capacity to afford a period in which expenses outstrip revenues. It is also possible that FIFA has generated enough extra revenue in 2014 and 2015 to allow these payments to be made while remaining in surplus. However, with a single quadrennial event – the World Cup – still accounting for the vast majority of the organisation’s income, retention of a significant reserve is plainly desirable.