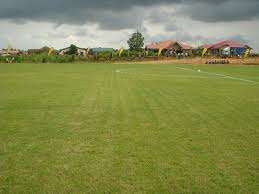 Accra Hearts of Oak has moved their training base from the Accra Technical Training College Park to Pobiman, a training pitch constructed by the club 3 years ago.

The Rainbow lads had moved training to the Legon Ajax Park to enable scheduled repair work to be carried out at the ATTC Park.

The Club’s Management had meanwhile been working hard to get their own Pobiman Training Ground in good shape, which efforts have been successful, hence the return to the pitch last used in the 2012/13 season.

The Phobians returned to training this week ahead of the resumption of the 2014/15 league season with a physical work-out at the beach as the club trained on the Pobiman pitch.