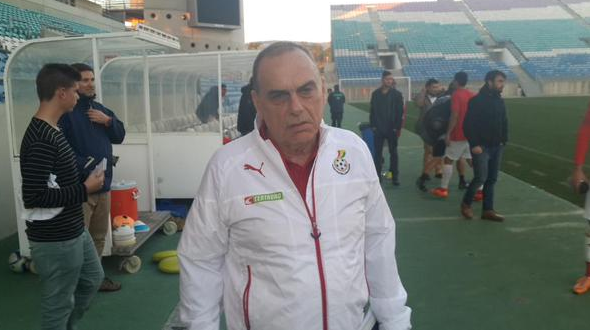 A Kwasi Appiah debut goal wrapped up an easy win 3-0 for the Black Stars in a friendly game against Portuguese outfit Olhanense on Wednesday afternoon.

The match,played before Ghana coach Avram Grant names his final 23 for this month’s AFCON in Equatorial Guinea saw the Israeli coach start with an unfamiliar line up that did not include any of the team’s recent regulars,an indication he was conducting a justify your inclusion session.

Everton winger Christian Atsu gave Ghana the lead in the 20th minute after excellent work by Mubarak Wakaso from the left side of midfield to break the deadlock.Olhanense held on until half time as the black Stars piled forward in search of a second goal.

The second goal came early in the second half from the Cambridge United striker before Avram Grant changed his entire starting line up,introducing regulars like captain Asamoah Gyan,Rabiu Mohammed and Jordan Ayew.

The younger Ayew scored a third late in the second half to seal the win for Ghana who will now play Dutch side SC Cambuur at the Sartaya stadium on Thursday.