Abedi Sarfo: ‘The difference between Asante Kotoko and others is huge’ 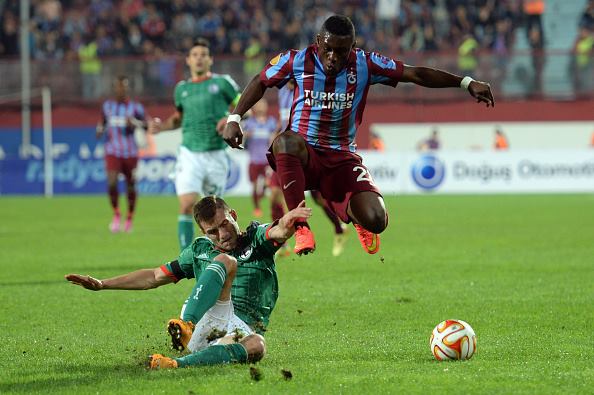 The injured Ghanaian international enjoyed a superb loan spell in the French Ligue 1 with Valenciennes last term and his performance caught the eyes of Lille who have reportedly offered a 5.5 milion Euro bid for his services.

But Trabzonspor have swiftly rejected the bid and have asked the French side to pay 6.5 milion Euro.

Waris, however, has already told Trabzonspor that he wants to leave in the January transfer window having failed to settle in Turkey.

He spent the second half of last season on loan at Ligue 1 relegated side Valenciennes where he scored nine goals in 16 matches.

The Trabzonspor goal poacher has been ruled out of AFCON 2015 after sutaining an injury in the Turkish Super Lig side’s 4-1 defeat to Eskisehirspor nine days ago.

Waris has been replaced in the squad by Mahatma Otoo, who plays his football in the Norwegian Tippeligaen for Sogndal.