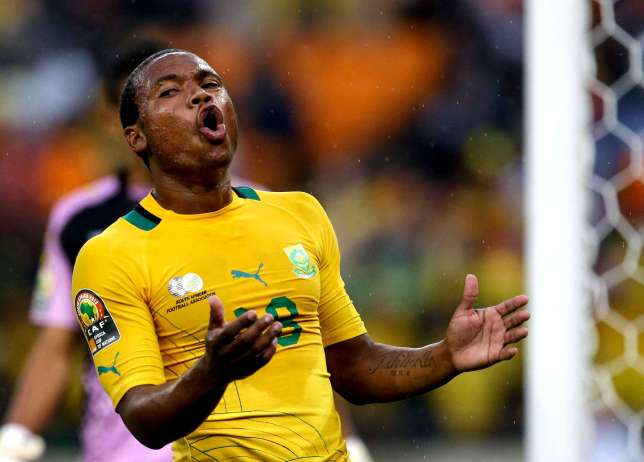 Thuso Phala has warned South Africa’s opponents at the AFCON to underestimate them at their own peril.

South Africa has been drawn in the ‘Group of Death’ alongside Ghana, Senegal and Algeria, but Phala is unperturbed by the challenge posed by the three teams.

“I don’t think we can be seen as underdogs,” Phala said. “Going to the tournament most countries will be more prepared for us because perhaps they have been watching our tapes during the qualifiers … but if the other countries want to see us as underdogs, it will be to their disadvantage.

“With the players we have, we booked our place in Equatorial Guinea with a game remaining,” the winger said. “I see us as one of the favourites in our group.”

Phala believes the most difficult part of the competition was to qualify for the knockout stages. “But once you are through there, it’s anybody’s game.”

“This year the team’s focus will be on qualifying for the next round – “and then we could go all the way”.