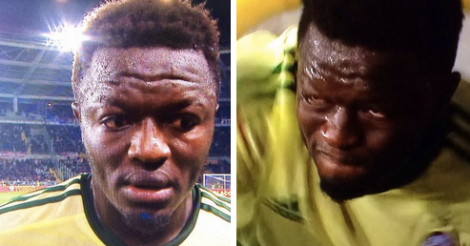 Ghana’s Sulley Muntari added another moment to his long list of fiery encounters on Saturday night in Milan’s Serie A clash with Torino.

The midfielder reacted angrily to being substituted by Filippo Inzaghi for Andrea Poli by throwing Milan equipment out of the dugout, to the dismay of everyone around him.

It was an embarrassing sight to say the least, as TV cameras caught footage of the incident, with Muntari clearly unhappy to be taken off, with Milan down to 10 men.

The 30-year old’s reaction prompted Milan fans to take to social media to call for his departure from the club.

Muntari is currently serving an indefinite suspension from the national team after an act of indiscipline during the World Cup.

Could this moment of madness mean the end of Sulley’s Milan career?