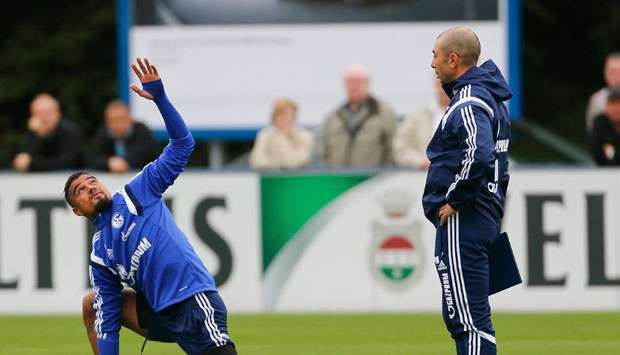 Uncertainty had surrounded Boateng’s future with the 27-year-old at one stage being linked with a move to the MLS.

But Di Matteo is adamant that the Ghanaian is very much part of his plans, revealing that Boateng has returned to fitness and trained normal with the rest of the squad.

“Kevin has been through all training sessions, which was also our expectation, Di Matteo said.

“If he trained so he’ll be in good shape. He is an important player for us. I hope that he continued to train and so remains injury free.”

Di Matteo added that he is ready to unleash Boateng at different positions for the second half of the season.

“He[Boateng] can play in different positions. In the 3-5-2 system he played at the 8. This makes it quite well. He can also play on the 6 “.

Boateng traveled alongside his teammates to Qatar for their preparations for the resumption of the Bundesliga.

Schalke will welcome Hannover at home when the Bundesliga resumes on January 31st.