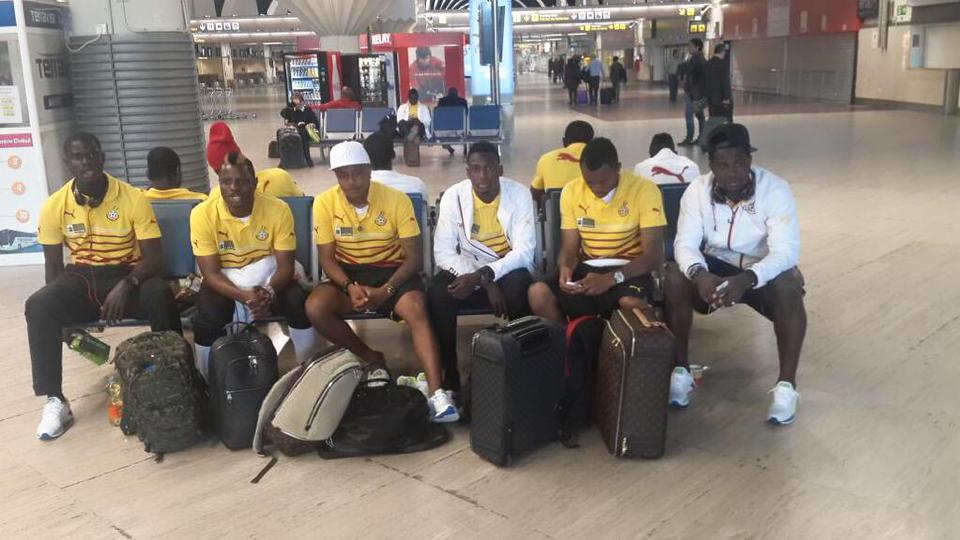 Fans of the Black Stars in Spain showed up in their numbers at the national team camp in Spain to say their good byes and well wishes as they head to Equatorial Guinea to defend the Ghana flag at the forthcoming Africa Cup of Nations.

Coach Avram Grant and his players interacted and took memorable photos with the fans who patronised the national team throughout their over ten days pre-tournament camping in the European country.

Now the Black Stars are on their way to the West African neighbouring country to once again take a crack at ending this country’s now 33-year wait for continental glory.

The Black Stars are housed in arguably the toughest group at the 30th Africa Cup of Nations alongside Africa’s current best team, Algeria as well as fastly improving Senegal and South Africa in Group C of the January 17 to February 8 tournament.

Ghana play Senegal in their opening game on Monday January 19 with further games to come against Algeria on January 23 and 27 respectively.

Watch some of the exciting photos from Spain as the Black Stars prepared to board their bus to the airport for the journey to Equatorial Guinea.