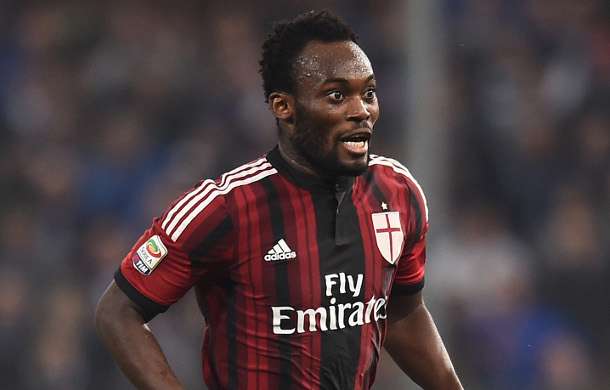 The Gunners are in search for an experienced, athletic and strong campaigner in the form of Essien who may prove the best stopgap until a permanent star can be locate

The Daily Express reports that the former Chelsea midfielder, currently with AC Milan, could be a target for Arsene Wenger in the wake of a fresh injury crisis at the Emirates which has seen Mikel Arteta ruled out for three months.

Asked about the possibility of a move to the Emirates, Essien’s agent Fabrizio Ferrari said: “I don’t think he [Essien] will extend his contract… it’s difficult to predict what will happen.”

The 32-year-old’s contract in Milan runs out in the summer.