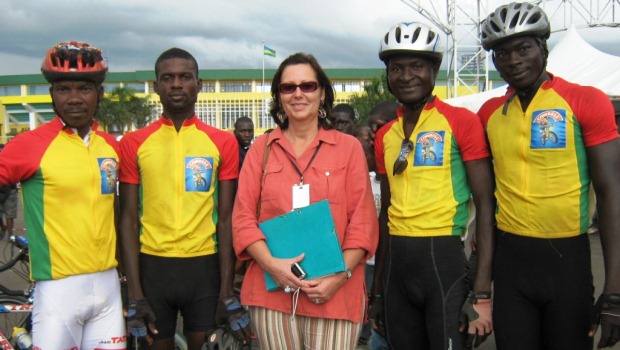 Ghana’s cycling national team are fired up for their third participation at the Africa Cycling Championships to be staged in the city of Pittsburgh, South Africa next month.

The competition is billed to feature the a huge gathering of the continent’s best cyclists vying for supremacy on the bike.

“This will be the third African championship outing for the national side who have strived through thick and thin to make the sport what it is today,” said Dennis Moore, PRO of the Ghana Cycling Federation.

Ghana followed up by making it to a second continental outing in Burkina Faso two years ago where the steady improvement of the national team was evident.

With the huge presence of intimidating cyclists like African pride, Daniel Teklehiyamanoit from Eritrea, the Ghanaians were able to close up the individual time trial gap on the reigning African devil by 4 minutes – in the person of former Young Stars roller, Samuel Anim.

Ghana’s third participation is all set to roll in the beautiful city of Pittsburgh from the 9th -14th of February 2015 and the technical division of the federation has been studying the cyclists in camp to select the country’s team for championships.

Accordingly the criteria for selection are simple: it is based on current form guide of cyclists, consistency of cyclists in local and international events, power training and discipline.

“It would be recalled the National Federation in partnership with Promasidor organized a three regional cycling league in form Tamale to Kumasi to Accra. This was to get the boys in frolic shape ahead of the event,” Dennis Moore explained.

Last year, Team Ghana represented at the Commonwealth Games for the first time ever under the sterling pedal exploits of Samuel Anim, Anthony Boakye, Aminu Mohammed, who are all locally based, together with track cyclist and Scotland based Jedidiah Amoako and Chris –a triathlon and road cyclist.

Now they are ready to out and conquer Africa in South Africa.

But first, the Ghana Cycling Federation are crediting the experience and credentials to government who have supported the rapid growth of the sport through the Ministry of Youth and Sports and the Ghana Olympic Committee.

“For the first time in years, the government secured five new standard (track and road) bicycles for Team Ghana. This will be put to test in South Africa come February next month,” the GCF PRO confirmed.