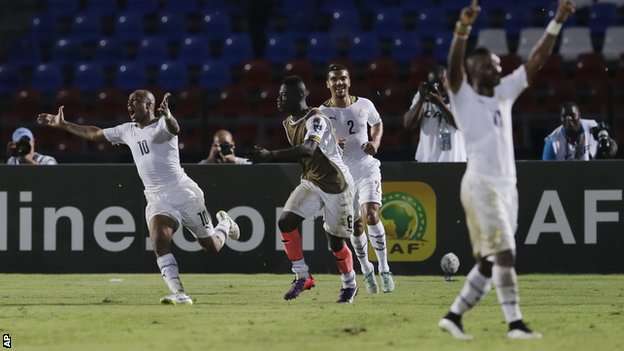 Ghana are through to the quarter-finals after defeating South Africa 2-1 on Tuesday in the last group fixture of the Africa Cup of Nations in Equatorial Guinea.

The win, the first by the Black Stars over South Africa in a Nations Cup game sent Avram Grant’s side top of the standings.Two second half goals by substitute John Boye and Andre Ayew helped the Black Stars to victory after Mandla Masango had given South Africa a first half lead.Ghana and Algeria, who defeated Senegal 2-0 in the other game go through from group.The Black Stars begun the day on three points and third on the log but finished with 6 points and in the lead.