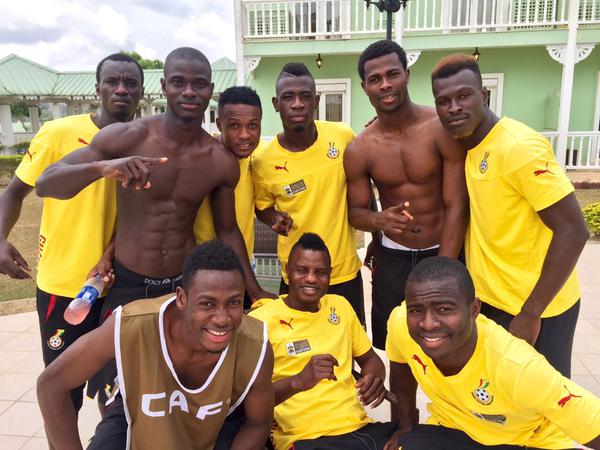 Most points by a country

Congo topped group A with 7 points, which was the highest obtained by a country at the group stage

The 2015 African Cup of nations has failed to produce a lot of goals as compared to previous tournaments. A total of 45 goals were scored, after 24 matches at the group stage of the competition, which is the second lowest, following the introduction of 16 countries in the competition. The lowest goals scored in the competition’s history still remains 35 goals in 2002 and the highest goals scored is 70 in 1998 and 2008. The last edition of the AFCON witnessed 49 goals at the group stage, which are four goals better than the ongoing AFCON.

First player to score a goal

Leading scorers: Four players have 2 goals each to their credit

Six penalties were awarded and four were converted, while two were missed

Group B scored 9 goals, which was the fewest after the group stage games

Algeria scored 5, which was the highest number of goals by a country

South Africa conceded the most goals – 6

Most goals conceded by a country

Countries that went out after the group stage despite remaining unbeaten

Cape Verde and either Mali or Guinea, they drew all their three matches.

Drawing of lots to break the tie between Mali and Guinea

Mali and Guinea drew one all in their three group games, making them finish on the same number of points, goals scored and goals conceded, hence the need to break the tie through the drawing of lots which is the last tie breaking exercise according to the competition’s rules.

This is going to be the first time since 1988 that lots will be drawn to determine which nation qualifier to the knockout stage of the Africa Cup of Nations. The luckier nation will face Ghana in the quarter finals.

The first player to be booked

Boris Moubio of Congo in their opener against host, Equatorial Guinea

The nation with the highest number of yellow cards

Zambia and Ivory Coast, both had 7 yellow cards each

Only Kouassi Gervinho of Ivory Coast was sent off at the group stage of the ongoing AFCON.