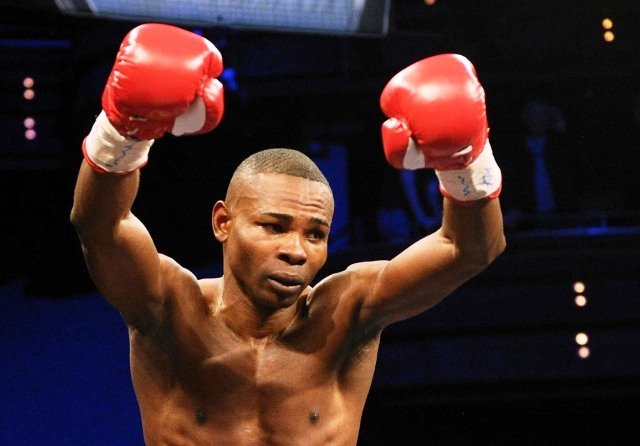 The World Boxing Organisation (WBO) says it will give a ruling on Guillermo Rigondeaux later on Wednesday.

The fighter has not fought in over nine months and has made just three title defenses since beating Nonito Donaire in April 2013, none against mandatory challengers.

Per the WBO rules, a champion must defend his title in a nine month time frame. But there is a small problem with Rigondeaux – anyone who follows boxing is aware that nobody seems to want to fight him.

And so when the WBO issued an order to “show cause” letter dated October 7, 2015 to Rigondeaux (giving the fighter 10 days to exhibit reason that he has been inactive) expressing concern over Rigondeaux’s lack of activity as champion, his camp were frustrated because they simply could not get opponents.

However, the wait will end sometime on Wednesday when the WBO makes the announcement. And if Rigondeaux does give up the WBO belt, or is stripped if he can’t give satisfactory cause, he would still hold the WBA “super world” super bantamweight title.

Some have even dared to say Guillermo Rigondeaux the best amateur fighter in the history of boxing. He’s a seven-time national champion and two-time Olympic gold medalist.

Although a southpaw, he packs an amazing punch in not just his left, but his right also. And that’s not all.

“Rigondeaux is a technical master, and he is so good, he’s probably too good for his own good. He’s so good that he can go through a fight and barely even get hit,” said his former manager, Gary Hyde.

Guillermo turned professional at the age of 28 after defecting from Cuba in February 2009. That late start explains why had so few professional fight at his age.

Rigondeaux (15-0, 10 KO) is a two-time Cuban Olympic gold medalist, known for his quick, fluid, and althletic style. Currently, he is not injured and has been offered fights but has not boxed since last December, when he beat obscure Japanese fighter Hisashi Amagasa.

Rigondeaux has not fought since then, mainly because none of the American networks have shown any interest in him. Actually, the reason he had to make the unusual trip to Japan to fight (below, pictured with Hisashi) is because none of the U.S. major networks were interested in his fights.

Rigondeaux will be stripped of the WBO belt if he the governing body rules against him.

The 35-year-old Cuban fighter has had a terrible time getting fights since beating Nonito Donaire earlier in 2013, as he was showcased once more on HBO against Joseph Agbeko in December that same year.

Guillermo then followed it with a pair of fights last year in Macau and Japan. But, following the fight in Macau, he was no longer co-promoted by Top Rank.

Recently, Rigondeaux announced that he is a free agent, after he split from manager Gary Hyde. His reason was that Hyde was “terrible,” and declared he was now free to pursue better opportunities.

He is still with Caribe Promotions, whose CEO Boris Arencibia threatened to battle the WBO for what he feels is unfairness for the Cuban fighter.

“It seems incredible that the WBO, who never gave us a mandatory defense for Rigo, and never pushed for others to face him, now comes to us with this letter. We will answer the WBO and tell them all of the truth to their face. I am tired of so much filth in this sport.”

“Rigo has challenged everyone and nobody wants to fight him. We have told Nonito [Donaire] we are ready for a rematch and he did not respond. And now Rigo is the one who is at fault? It is not fair.”

As Arencibia notes, what can a fighter do when no one wants to fight him? Let’s look at some examples.

Two Brits, Scott Quigg and Carl Frampton have been speaking about fighting each other in February 2016, when they could easily have made more money on a Rigondeaux bout. But the popular opinion is that they are both scared of the Cuban.

Another fighter, the undefeated Mexican Leo Santa Cruz (31-0) decided to fight – and beat – the aging Abner Mares just this August, when Rigondeaux was clearly pining for a fight.

As has been established, all these three fighters had the chance to negotiate with Rigondeaux’s team and for various reasons didn’t. Do we blame them? No, but we cannot also blame the Cuban for not stepping up to the plate.

The blame should go to the WBO for not forcing a mandatory fight.

A similar situation to Rigondeaux’s has already played out in the last three months.

In July, Demetrius Andrade, who had not defended his WBO junior middleweight belt in 13 months, was sent a letter by the organization and ordered to “show cause” why he should not be stripped of his title.

Andrade failed to provide any reasonable explanation for his inactivity — he was not injured and, in fact, had turned down multiple fights for career-high purses — and he was eventually stripped.

And that is why, earlier this month, Liam Smith and John Thompson fought for the vacant belt, which Smith won to become the new WBO world super-welterweight champion.

Who stands to gain?

As for the TV networks, it is widely thought that they feel the Cuban is not sexy enough, not marketable enough and not flashy enough to get them the numbers.

And you cannot blame them too much either, because what Rigo really cares about is ringcraft, not showbiz.