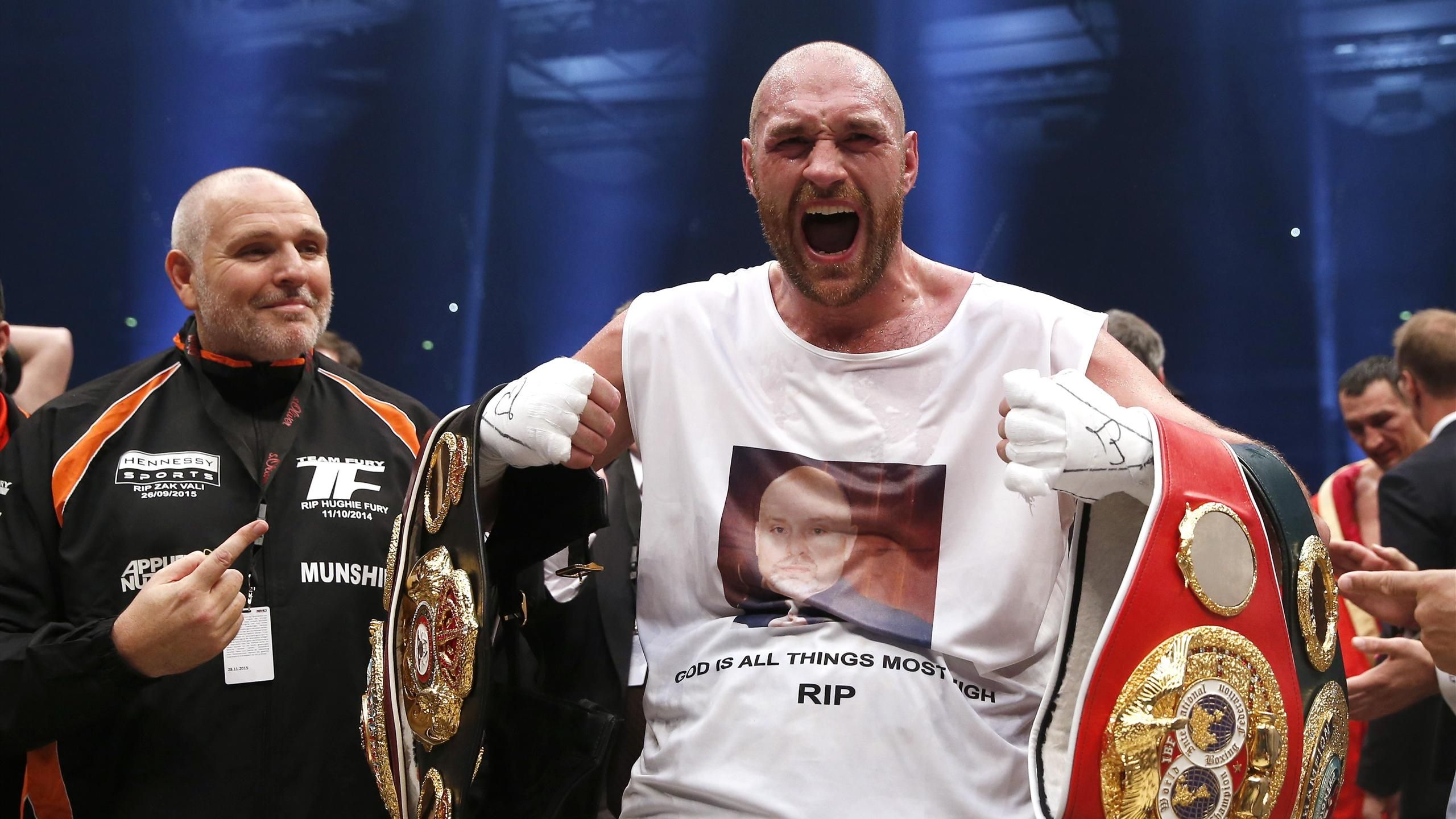 Tyson Fury shocked the world by outworking and outperforming Wladimir Klitschko to become the new world heavyweight champion via unanimous decision.
Britain’s Fury edged the majority of the 12 rounds in a disappointing contest against the 39-year-old, who offered very little throughout. Fury now holds every version of the maximum-weight title barring the WBC edition after the judges at Dusseldorf’s ESPRIT Arena gave it to him with scores of 116-111, 115-112 and 115-112.

With many predicting a stoppage win for the defending titlist heading into the eagerly-anticipated showdown, it came as a shock that the early rounds saw very little offered by the Ukrainian other than clinching whenever Fury landed shots. After a action-bereft third round, however, the shock factor eased and many fans were left wondering if the fight would heat up at any point. Fury, to his credit, moved, punched and talked in ways that ensured Klitschko could not control the fight as he controlled every fight of his 11-year unbeaten run. Without control, Dr. Steelhammer offered next to nothing.

Fury: It was my night – Eurosport
The fact that it was an insipid encounter from a technical standpoint will soon be forgotten, as this was a superb gameplan from the Fury camp executed to near-perfection and a truly historic moment as the Klitschko dominance finally came to an end. The 12th and final round saw the stadium come alive as the bout finally took off, with both men landing some jarring combos on the other in a great climax to an average contest. However the true highlight came when Fury was declared the new champion, as he showed class and respect by shaking the hands of the Klitschko camp before fulfilling his promise to celebrate with an in-ring song – serenading his wife with Aerosmith’s ‘Don’t Wanna Miss A Thing’.

Tyson Fury in action against Wladimir Klitschko during the fight.
source: eurosport