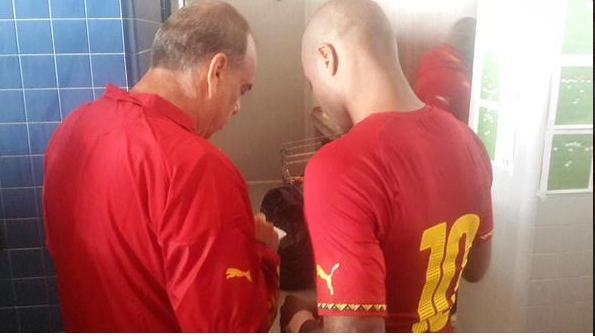 Avram Grant has emerged as a shock contender to replace the recently-sacked Garry Monk at Swansea.

The Swans currently sit 15th in the Premier League, just one point above the relegation zone — leading to Monk’s sacking on Wednesday.

And now Huw Jenkins and Co may turn to the former Chelsea boss — who has plenty of top flight experience after stints at the Blues, West Ham and Portsmouth.

Most recently, Grant lead Ghana to the African Cup of Nations final, where they lost to the Ivory Coast on penalties.

It’s a positive step after former Liverpool boss Brendan Rodgers as well as Gus Poyet distanced themselves from the position.

Other names linked with the job include David Moyes and Mark Warburton.