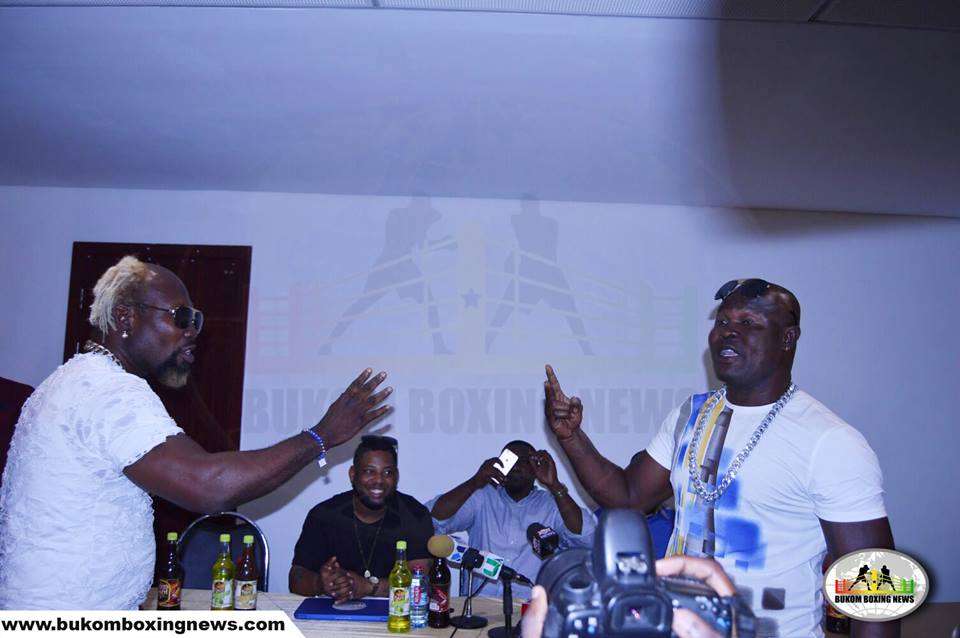 Braimah Kamoko has rescinded his decision to pull out of the much anticipated rematch against old rival, Ayitey Powers after declaring on Friday his readiness to step into the ring in Kumasi on December 26.

Kamoko famously nicknamed Bukom Banku, defeated Powers in their highly attended first fight in May 2014 and signed for a rematch at the end of October this year. But with less than a month to fight night, Kamoko released a video asking for a postponement to February 26, 2016.

Consequently, the Ghana Boxing Authority (GBA) in consultation with the promoters and sponsors of the much heralded rematch on Thursday, agreed to cancel the fight and slap Banku with charges for breach of contract.

But in a sharp u-turn, Kamoko again released another video on Friday declaring his intention to make the fight in the Ashanti Regional capital come the night of Boxing Day 2015.

“My name is Braimah Kamoko AKA Bukom Banku, Joy Dadi people are my fathers so I plead with them I will fight,” Kamoko began.

Bukom Banku and Ayitey Powers in shot with chief of sponsors, Joy Dadi

“I am sick but I will fight because if I don’t fight, the show will spoil so I Bukom Banku I want to tell Ghanaians that 26th December I and Ayitey Powers we’ll fight in Kumasi,” the undefeated boxer continued in the video.

“I will fight, yes I will fight, I will train for 26th December, I will. I am training hard to win, I will fight,” he said as his fans surrounded and joined in his chants.

“It’s coming on live, 26th I will beat Ayitey Powers again so all my fans come to Kumasi to get your perfect Christmas gift,” Kamoko confirmed to Allsports.com.gh when we called him this morning.

‘Revenge or Repeat’ the rematch between Bukom Banku and Ayitey Powers is presented by Livewire Events and promoted by Anthony Kermah’s Landmark Promotions with the support of Black Avenue Sports, Bukom Boxing and Ako Boxing and sponsored by Joy Dadi Bitters.