Bukom Banku vows to stop Ayittey Powers in round 5 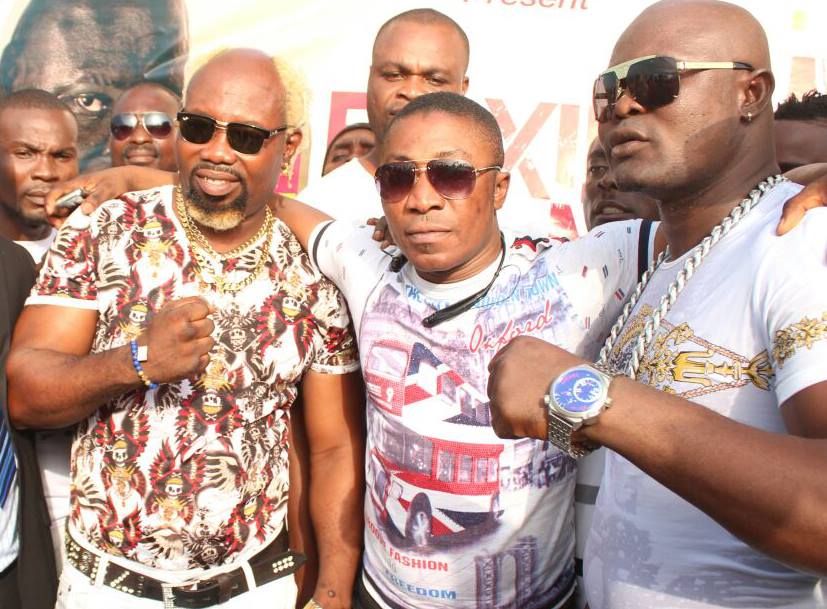 Powers, Bunku and the Dep CEO of Joy Dadi

Powers, Bunku and the Dep CEO of Joy Dadi

According to reports, Ayittey Powers has also promised a round 8 Knockout against Bukom Banku

Bukom Banku for the past couple of weeks had been dropping hints of him pulling out of the much anticipated rematch between him and Ayittey Powers in Kumasi on the 26th of December dubbed Repeat or Revenge.

Well that has changed as the boxer has released a video confirming that he is indeed fighting on the 26th of December in Kumasi at the Baba Yara Sports Stadium at promises to knock Ayittey Powers out in the 5th round.

According to reports, Ayittey Powers has also promised a round 8 Knockout against Bukom Banku.

With the 50,000 Ghc purse , a Range Rover & a Holiday for two to Johannesburg at stake, who knows.

The Livewire Events produced event is a very much anticipated one with pre tickets pegged at 50 Ghc (VIP), 150 Ghc (VVIP Ringside) and popular stand tickets selling for 10 Ghc and 20 Ghc respectively.

Tickets are currently selling at the following outlets in Kumasi and Accra.