Charles Taylor reveals why he became a born again 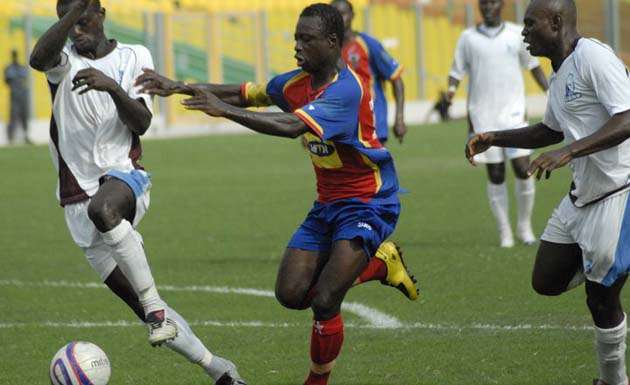 Charles Taylor has disclosed how the goodness of the Lord upon his life compelled him to repent of his sins and turned into a born again Christian.

Charles Taylor was one of the greatest players in the history of the Ghana Premier league winning league titles with both Accra Hearts of Oak and Kumasi Asante Kotoko.

However, injuries put him on the sidelines most often after joining Berekum Chelsea and forced him into early retirement.

Taylor has revealed how God intervened to restore his ligament which was beyond healing by any medical doctor to get him back on his feet.

“If not by the grace of God I couldn’t have been able to drive to this place nor have life. The surgery I went through couldn’t have been successful if not God’s intervention, because the doctors said they don’t understand why my ligament is damaged like that and that they have never witnessed similar thing like that, but they were going to try the surgery.

“However, I had a dumbfounded testimony and now I can even play football with my legs and do everything with it. If God despite all what I went through managed to save me, then it is enough reason that got me repented” he told Kasapa FM.

Charles Taylor has now dedicated himself to minister the word of God to win souls for Christ.