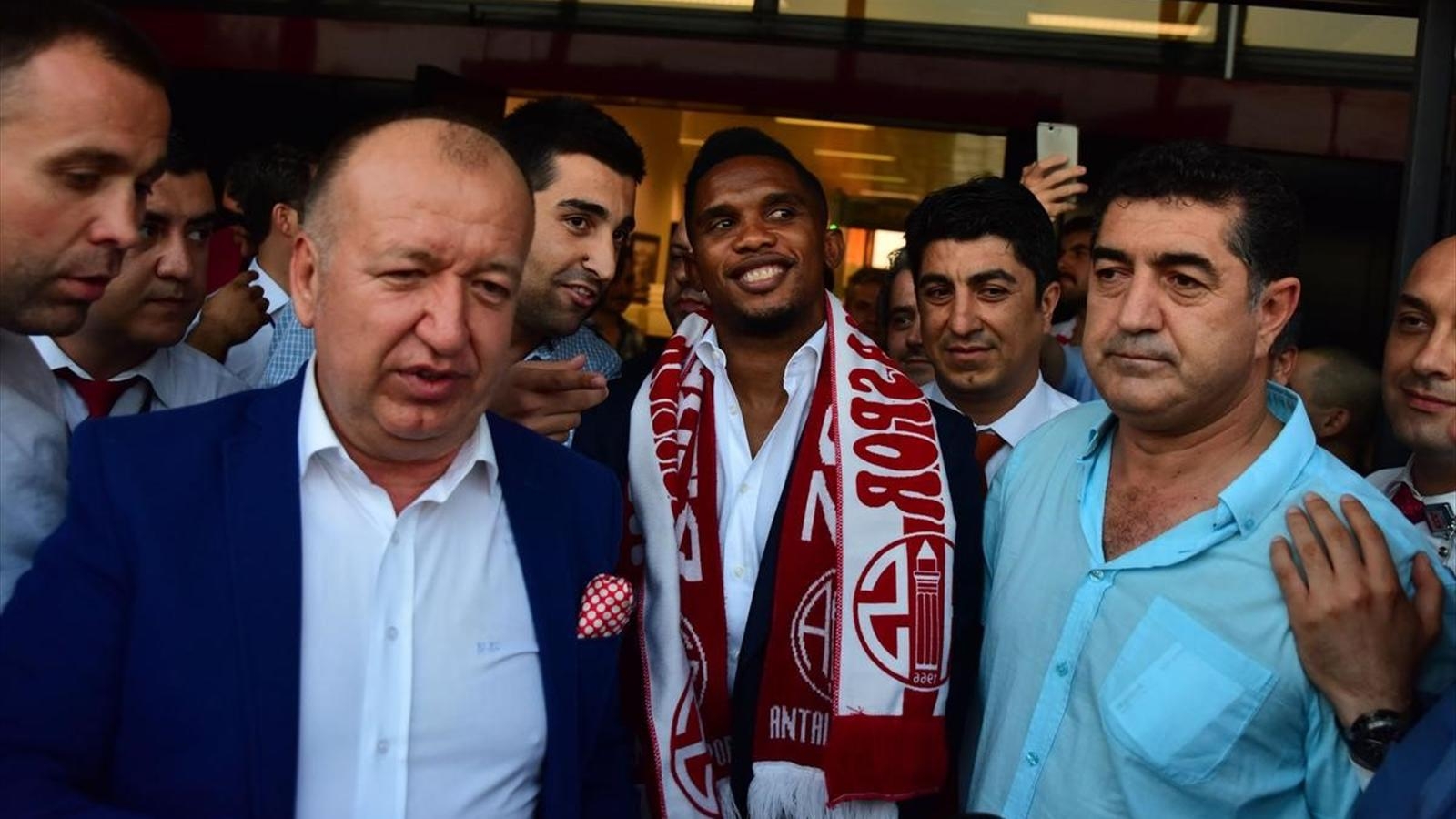 Eto'O on arrival at Antalyaspor back in August

Eto’O on arrival at Antalyaspor back in August

Samuel Eto’o has been named as the interim head coach of Turkish side Antalyaspor.

The 34-year-old former Barcelona and Chelsea striker joined the club on a three-year playing deal in June and has now been handed the chance to impress in the dugout following the departure of Yusuf Simsek.

“We sat down with [technical director] Mehmet Ugurlu and Eto’o. Both will jointly coordinate training. The board commissioned Ugurlu and Eto’o to assume coaching duties until a new coach is found,” club president Gultekin Gencer told DHA.

Patrick M’Boma, Eto’o’s former Cameroon team-mate, says the ex-Inter striker has long expressed a desire to go into coaching – but he is unsure he will have the patience required.

“I know it was in his plans to be a manager – he told me many years ago,” he told BBC Sport.

“But from what I know he has no experience. I hope he will be a good manager but I do not know.

“He has the personality and the knowledge, but I am not sure he will have the patience. If he can improve on the areas where he is weak he could be a success.”