GFA holds seminar for clubs ahead of new season 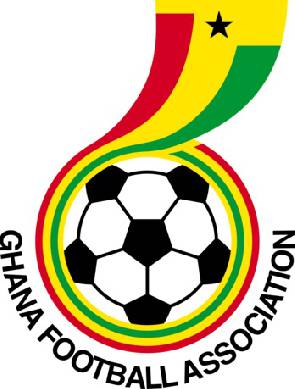 The Ghana Football Association (GFA) has held a media and marketing seminar for Premier and Division One League clubs.
The event which was held on Monday at the Alisa Hotel in Accra, forms part of the FA’s two-day retreat for all clubs to help boost their operations ahead of the start of the new season.
The Chief Executive Officers of the various Premier and Division One League Clubs joined members of the GFA’s Executive Committee for the seminar.
The event also included Club Media Officers and the various Venue Media Officers in a move to bring the club media and football administrators in line with the modern trends of the game.

Some media personnel were also invited to share ideas on how to improve media operations in the coming season
Participants will were trained on various media and publicity operations ahead of the upcoming season while the marketing seminar was meant to encourage the clubs to seek their private sponsorships.
GFA Communications Director, Ibrahim Sannie Daara lead a presentation on creating content for media and how to take advantage of the various social media platforms.

Supersport presenter Thomas Kwenaite from South Africa also made a presentation while lecturer Dr. Samuel Ofei addressed the issue of “How to court business organizations to sponsor football clubs in Ghana”.
SuperSport television chief producer for West Africa Siboniso Ngubane also addressed the clubs on taking advantage of continental television broadcast of the league matches to their benefits while addressing the concerns of the team.
The two-day event will continue on Tuesday with the Club Licensing Board lecturing the clubs about the new measures meant to inject more professionalism in the administration of clubs in Ghana.