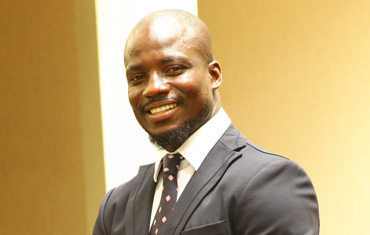 Former Black Stars captain, Stephen Appiah has been enjoined to seriously consider commencing his coaching career as soon as possible.
Former Hearts of Oak board chairman Harry Zakkour says the time is right for ex-Black Stars captain Stephen Appiah to launch his coaching career.
Appiah, 34, officially called time on his playing career with an illustrious testimonial in June, after spending 17 years on the pitch playing for Hearts, Udinese, Brescia, Parma, Juventus and Fernabahce.
“I have always said it that he [Appiah] needs to start working on his coaching badges so that in a year or two, we can see him handling one of the national teams,” Zakkour told Football Crusader.
“I know he wants to enjoy his money and all that [after retirement] but for me, the earlier the better because I see him becoming one of Ghana’s best coaches in the future.”
Appiah hasn’t hidden his desire to enter into the field. In 2014, he disclosed that he would relish the opportunity of starting out with the national under-17 male soccer team, the Black Starlets.
“The world over, it’s the young coaches who are ruling now,” Zakkour continued.
“Look at [Pep] Guardiola, [Roberto] Di Matteo, Diego Simeone and recently Gary Neville, who is now coaching Valencia.
“I have told him that on a couple of occasions and I want him to take it seriously. I don’t know the plans he has but coaching, to me, will best suit him.”

Appiah is unarguably regarded as the best man to have captained the Black Stars in recent times after guiding Ghana to their maiden Fifa World Cup appearance in 2006.
He was a member of Ghana’s side at the 2010 World Cup in South Africa and also represented the country at separate U-17, 20 and 23 World Cup tournaments.