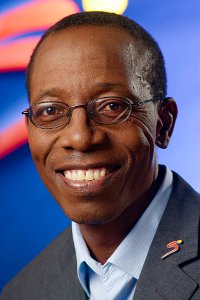 Experienced South African Journalist  Thomas Kwenaite says despite the lack of sponsorship in the Ghana Premier League, it abounds in so much quality.

Many have touted the Ghana premier League as one that is dying if note dead in terms of quality of play, an action that has affected the call up of local players into the senior national team, the Black Stars.

But Thomas Kwenaite who works with SuperSport International begs to differ. “The Ghana Premier League is one of the best in Africa. But I am worried that many Ghanaians do not presently see that.”

“My only problem of the Ghana Premier League is the lack of sponsorship for Club and the inability of many of the premier league and division one Clubs to attract sponsorship”.

He heaped so much praise on Ghanaian international Baba Abdul Rahman, a player who now plies his trade with English Premier League side Chelsea just three seasons ago was playing in the local league.

“I have admired one of the Black Stars players and I hear was one of the local players just three seasons ago and now plays for Chelsea.”