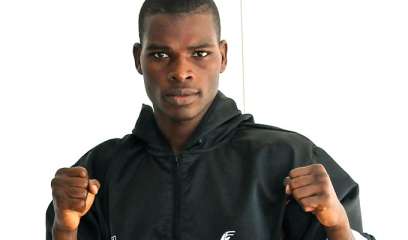 Floyd “Money” Mayweather has spent the past few months touring the world. Finally back in the U.S. with his promoter hat on, Mayweather spoke to Ben Thompson on the sport’s current ailments, racism and the young fighters who aren’t spoken about enough. Guess who made the list?

“If Andre Ward was my fighter, you know, I’m not here to speak bad about anyone, but he would have never fought on BET, Mayweather said. “I don’t have anything against the BET network. I love BET. I will always love Black Entertainment TV, but we’re talking about as far as boxing, and if we’re just talking about as far as boxing, I don’t think BET is a good look. It’s just not a good look. Like I said before, if Andre Ward is over there doing business with HBO, then why didn’t they ask Triple G (Gennady Golovkin), ‘Are you going to move up and fight Andre Ward?’ They never ever asked him that. Why? They’d rather see Andre Ward get beat than see Triple G get beat. I’ll say it again, I’m not racist, but racism still exists.

“When I sit back and think, it’s so many good fighters out there that they don’t talk about. They don’t talk about Terence Crawford, Nicholas Walters, Gary Russell, Leo Santa Cruz, Sharif Bogere, Richard Commey, Kell Brook, Keith Thurman, Erislandy Lara, Jermell Charlo, Jermall Charlo, Badou Jack, Andrew Tabiti, Danny Jacobs, Danny Garcia, Shawn Porter, Errol Spence, Timothy Bradley, Andre Ward, Adrien Broner, I mean, he’s still a fighter with a lot of personality, Demetrius Andrade, James DeGale, Adonis Stevenson, Deontay Wilder, but you know what? I know why they not talking about these fighters. Because the majority of these fighters are black or affiliated with me and Al Haymon. Al Haymon, we couldn’t choose a better guy for boxing.”