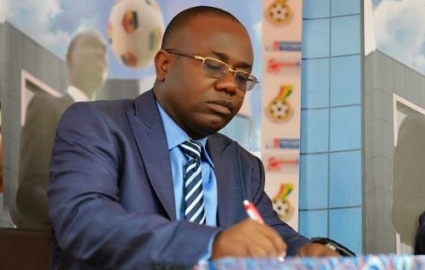 Ghana is hosting the General Assembly of the regional football block at the Movenpick Ambassador Hotel on January 12.
Kwesi Nyantakyi who is the President of the Ghana FA will be chairing the General Assembly in his capacity as President of WAFU Zone B.
Delegates from Cote d’Ivoire, Benin, Togo, Niger, Burkina Faso, Nigeria and host nation Ghana will be at the assembly.

Three of the candidates vying for the FIFA Presidency will be in Accra to lobby delegates during the General Assembly of the WAFU Zone B.
At least three of the five candidates hoping to become the new FIFA boss on February 26 will be making their way to Accra to convince delegates to vote in their way.
“On the 12th of January, the West Zone B WAFU we will be having our General Assembly Meeting at Movenpick in Accra,” GFA President Kwesi Nyantakyi revealed.
“I happen to be the President of the Zone so I have privileged information to share with you.
“At that meeting, one or two or three candidates for the FIFA position will be coming to present themselves to members.
“Depending on who is able to convince the delegates, every one of us will make up our minds on who to vote for come 26th February.”
Five candidates have been cleared to contest elections for the FIFA Presidency on February 26.
They are; Prince Ali bin Hussein, Salman Bin Ibrahim Al-Khalifa, Jerome Champagne, Tokyo Sexwale and Gianni Infantino.