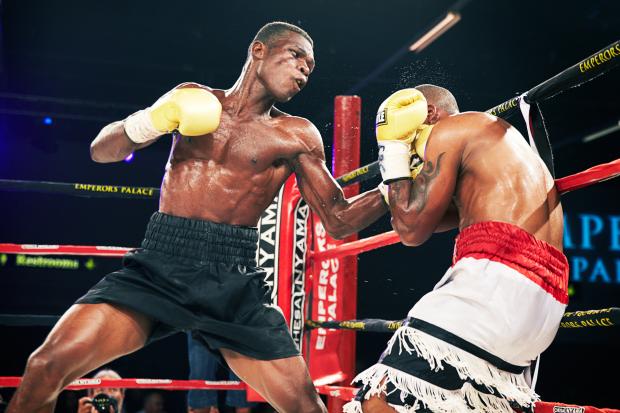 2016 promises to be a big year for Ghanaian lightweight star Richard Commey (23-0, 21 KOs) with the undefeated 28 year-old set to fight in a final eliminator for the IBF World title.

Commey is coming off the back of a hugely successful 2015, which saw him defend his Commonwealth title against Thompson Mokwana in South Africa and claim the IBF Intercontinental strap with an eight-round technical knockout victory over Bahodir Mamadjonov in Las Vegas.
However, a lack of available challengers has forced the often-avoided power-puncher to relinquish his IBF Intercontinental belt, and as a result, the IBF has confirmed that Commey will fight in a final eliminator for their World title.
‘’I’m disappointed to have to vacate my IBF Intercontinental title,’’ reveals Commey. ‘’I heard that the IBF wrote to all 15 potential opponents in the rankings and nobody wanted to take the fight. When I had the chance to fight for the title, I took the opportunity with both hands so I was surprised when no one came forward to challenge me.’’
With this disappointment now behind him, Commey’s attention has turned to the IBF final eliminator, with an opponent due to be announced in the coming weeks.
‘’It means everything to me to fight in a final eliminator as it brings me one step closer to my dream of becoming World Champion and bringing the belt home to Ghana,’’ he says.
‘’Whoever I face, I’m sure it will be a tough test as it will be against a World class opponent, but I’m undefeated and have no fear of any fighter. I believe no matter who I fight, by the grace of God, I will be victorious.
‘’Once I win the World title, all those boxers who didn’t want to fight me will have no choice if they have any ambition of becoming World Champion.’’
Promoter Nisse Sauerland has expressed his delight at the IBF’s ruling and is confident Commey has the tools to win his final eliminator and go on to claim the World title.
‘’We’re pleased that the IBF has made the right decision and granted Richard this opportunity to fight in a final eliminator for the World title,’’ says Sauerland.
‘’Richard is without a doubt one of the most avoided fighters in the lightweight division, and with good reason. He has the skill set and punching power to beat anyone at 135lbs, and now, he is only one fight away from challenging for World honours. I believe it is only a matter of time before Ghana has a new World Champion. We expect to have news on an opponent and date for his final eliminator in the next couple of weeks.’’
(Credit: Jim Fenwick, Sauerland Promotion)