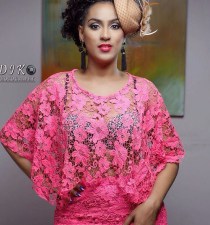 This was made known in a press statement released by the Confederation of African Football (CAF).

The actress who was previously an Moving from being an usher at Glo Caf awards 2007 to being a guest at Glo caf 2012 and 2014, Juliet Ibrahim shared her excitement via Instagram.

Robert Marawa on the other hand, is anchoring the Glo-Caf awards for the third time having co- hosted the 2011 edition in Accra with former Ghanaian international, Tony Baffoe and the 2014 edition in Lagos with Joselyn Canfor Dumas.