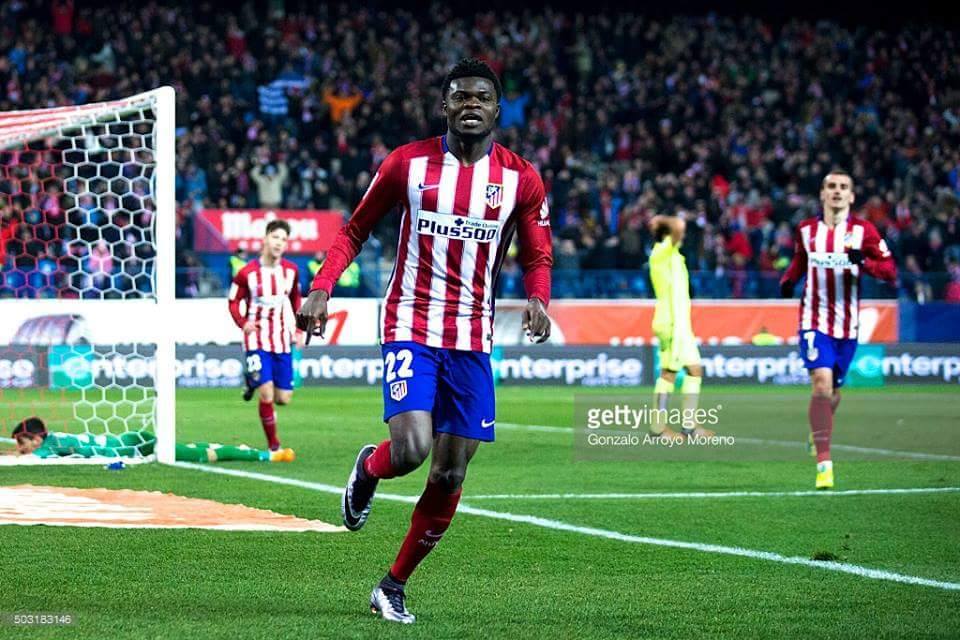 Atletico Madrid youngster Thomas Teye Partey could soon be in for his maiden Black Stars call-up following revelations that the midfielder has been under observation by Ghana coach Avram Grant.

Partey, 22, caught global attention after fetching a late winner against Levante which sent Atletico to top of La Liga table on Saturday.

Three days earlier, he provided an assist for his side’s first goal in a 2-0 win over Rayo Vallecano in Copa Del Rey following a similar substitute appearance.

“He [Partey] did well and it’s going to be Avram Grant’s decision as to when he gets picked,” Gerard Nus, a member of Ghana’s technical team told the BBC.

“We talk about him and many others. It is important that all of them know that [they’re under monitoring] so they do their job.

“We watch him and we know how good he is. The problem with the national team is that there are so many talents and it’s hard to choose.”

“He adapted well with the different teams he has been with and this is important, especially when you come from abroad or Africa and have to adapt to so many things,” Nus added.

Partey trained with Ghana’s team ahead of the 2013 Fifa Under-20 World Cup in Turkey but was ignored by coach Sellas Tetteh for the final 21-man squad.